Hallgrimur Helgason is an Icelandic writer and artist born in Reykjavik in 1959. He spent a year at the Art School of Iceland and another one at the Academy of Fine Arts in Munich, Germany. Since 1983 he has been working as an independent artist and writer. Helgason started out as a painter, and has held over 30 solo shows and participated in over 30 group exhibitions home and abroad. As a struggling artist he lived in Boston 1985-86, in New York 1986-89 and in Paris 1990-1995. Helgason published his first novel in 1990 and got his international breakthrough as a writer with the publication of 101 Reykjavik in 1996. 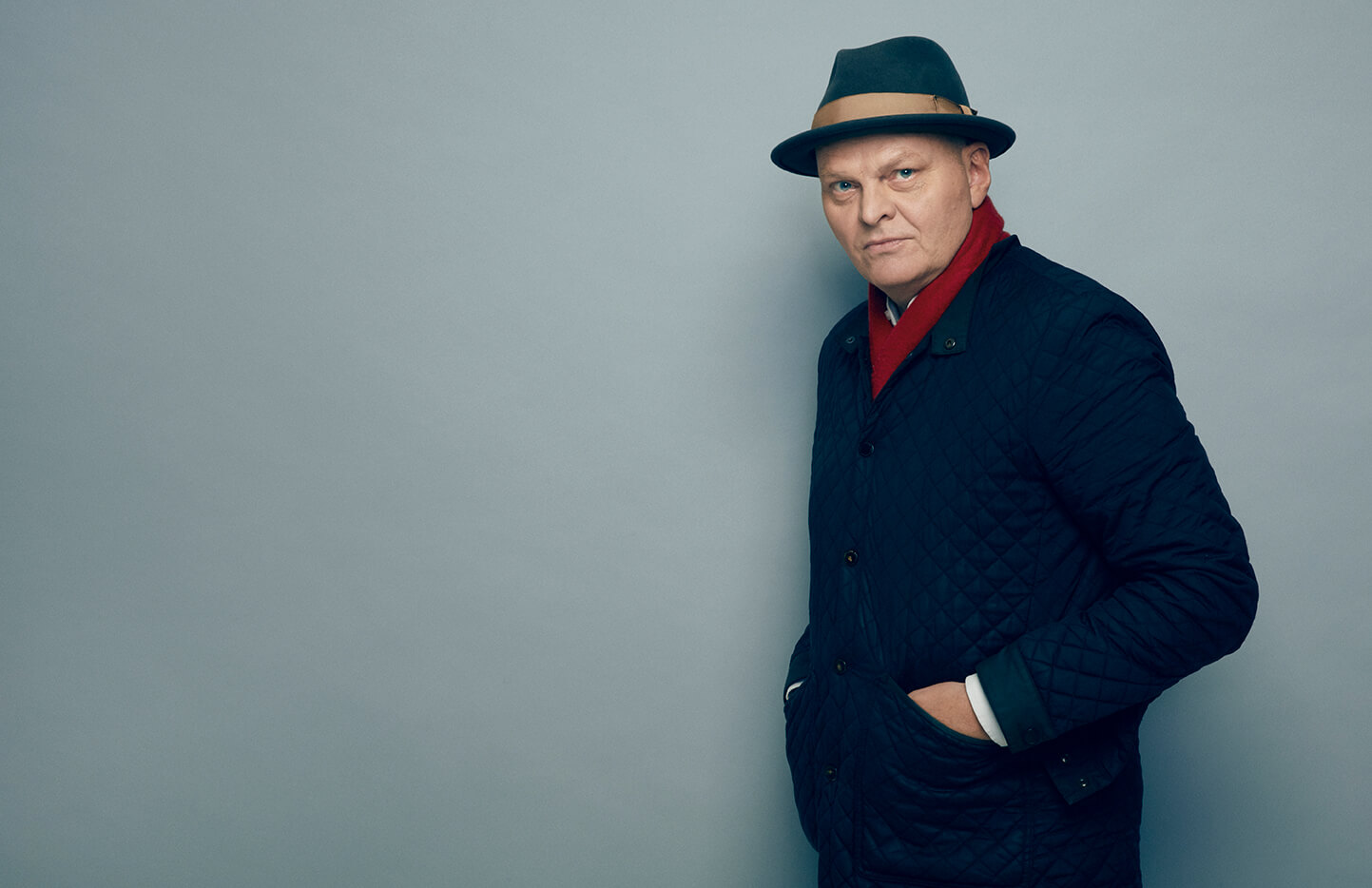 In 2001 he was awarded the Icelandic Prize of Literature for his novel The Author of Iceland. His best known books are The Hitman’s Guide to Housecleaning (2008), which he wrote in English, and Woman at 1000 Degrees (2011). Two of his novels have been filmed, 101 Reykjavik (2000) and Stormland (2011), and four of his novels have been put on stage. He has also written two books of poetry, worked for film and theatre, and translated two of Shakespeare’s plays into Icelandic. In 1995 Helgason had a short career as a stand-up comedian, introducing the genre to his countrymen. The same year saw the birth of his alter ego Grim, a cartoon character he has been working with ever since. Helgason has also published two books of poetry and for two decades he has been an active participant in the political debate of Iceland, a country that has not been short on dramatic events, from the corrupt reign of Davíð Oddsson (1991-2008) to the economic crash of 2008 and the Panama Papers scandal of 2016. On these and other matters Helgason has written countless articles for Icelandic and international newspapers and magazines.