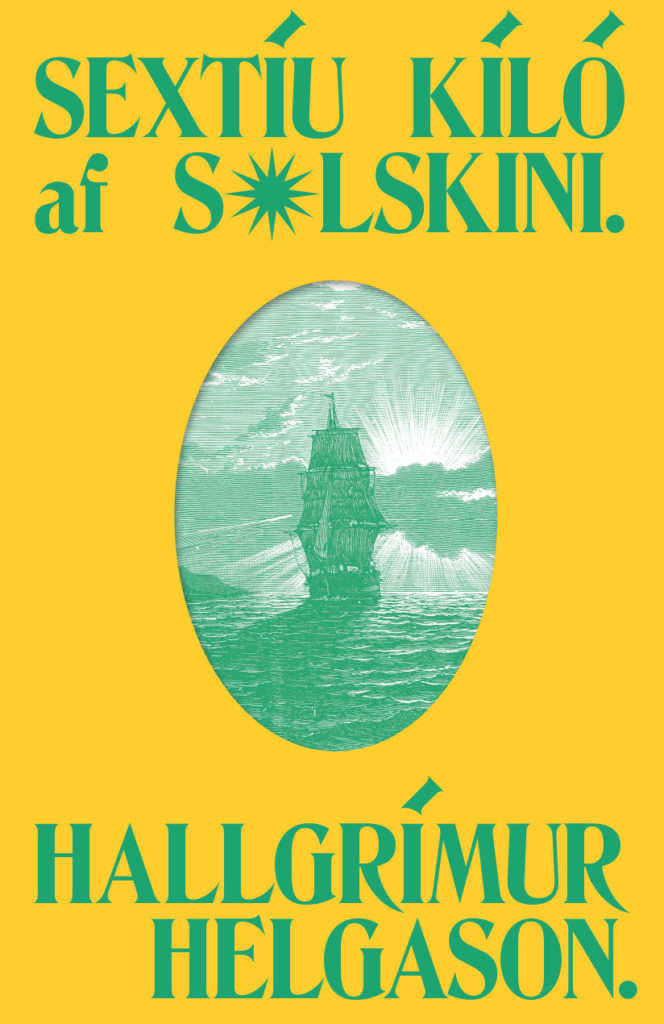 A historical novel set in the poorest, coldest and darkest country in Europe, at the turn of the twentieth century, telling the story of Iceland’s path to modernity.

Eilífur Guðmundsson returns from the week-long trip to the nearest town to the remote Segulfjord, where he farms with his family, to find—nothing. Nothing but a vast blank, an empty whiteness of snow that has covered everything from the innermost waterfall to the ocean’s edge. Beneath the avalanche, his family lie buried in their home, and it is only the lowing of their cow that guides him to the spot above the farmhouse. Eilífur digs down to find that only his infant son, Gestur, has survived, drinking milk from the cow’s udders.

So begins the story of Gestur, whose coming of age is also the story of the birth of a nation. After a failed attempt to emigrate to America, and the loss of his father while shark fishing, Gestur finds himself living in luxury in a nearby town under the care of the shark boat’s owner, then sent back to the poverty of the fjord, before escaping aboard a French fishing vessel. The magnetic pull of the fjord drags him back, though, and it isn’t long before the Norwegians arrive, and with them the future, as the herring boom brings Iceland—and Gestur— into the modern age.

Sixty Kilos of Sunshine is an ode to a nation, set against the breathtaking beauty of the peaks, fjords and snows of Iceland as its people move from turf huts to wooden houses, from oars to engines, from oppression to opportunity.

“Like all great works of literature, this novel both speaks to our inner life as well as the world as a whole. While being a true mirror to the past times it describes, it is ageless at the same time. A social and psychological melting pot that churns and cracks, like a fjord full of herring. Conclusion: The book is a masterpiece.”
— Ólína Kjerúlf Þorvarðardóttir, Fréttablaðið, Iceland’s biggest daily

“In the end the reader is left thrilled and fulfilled, and having enjoyed all the wordplays he’s been enriched and enlightened, he’s smiled and cried, felt empathy and found hope, all those things that you expect from a great novel.””
— Steinunn Inga Óttarsdóttir, RÚV, Icelandic State Radio

“In The US they have a term called “The Great American Novel”, a novel that captures American history in such a grand way that people see it anew, and it is said that every American writer dreams of writing such a book. “Sixty Kilos of Sunshine” by Hallgrímur Helgason is such a book. This is our big story. This is Hallgrímur’s Icelandic saga. In my opinion he has not written a better book. Here he meets us in full bloom as an author, with all his qualities fully cultivated. (…) Never before has Hallgrimur cared more for his characters than in this book, and this maybe explains why he has managed to write a masterpiece, a book that I parted with with a mild remorse, here in some hotel room in some country abroad.”
— Guðmundur Andri Thorsson, author of And the Wind Sees it All (Peirene Press)