A graphic series created in the years 2004-2007 tackling the problems and issues of domestic life. In 2003 Helgason started his first family and in the next two years had two children with his partner. This was the first time Helgason started a regular family life. The series began quite innocently with comic scenes from everyday life, but soon grew darker and more problematic. Some of the works even unknowingly predicted the break up of the family that took place in early 2009. All works are drawn on paper, then scanned and worked out digitally, then finally printed on paper and framed. Up to 8 copies can me made of each work. The series consist of 110 works and were shown at Gallery Turpentine in Reykjavik in the fall of 2007. Each picture is 43 x 31 cm with frame. 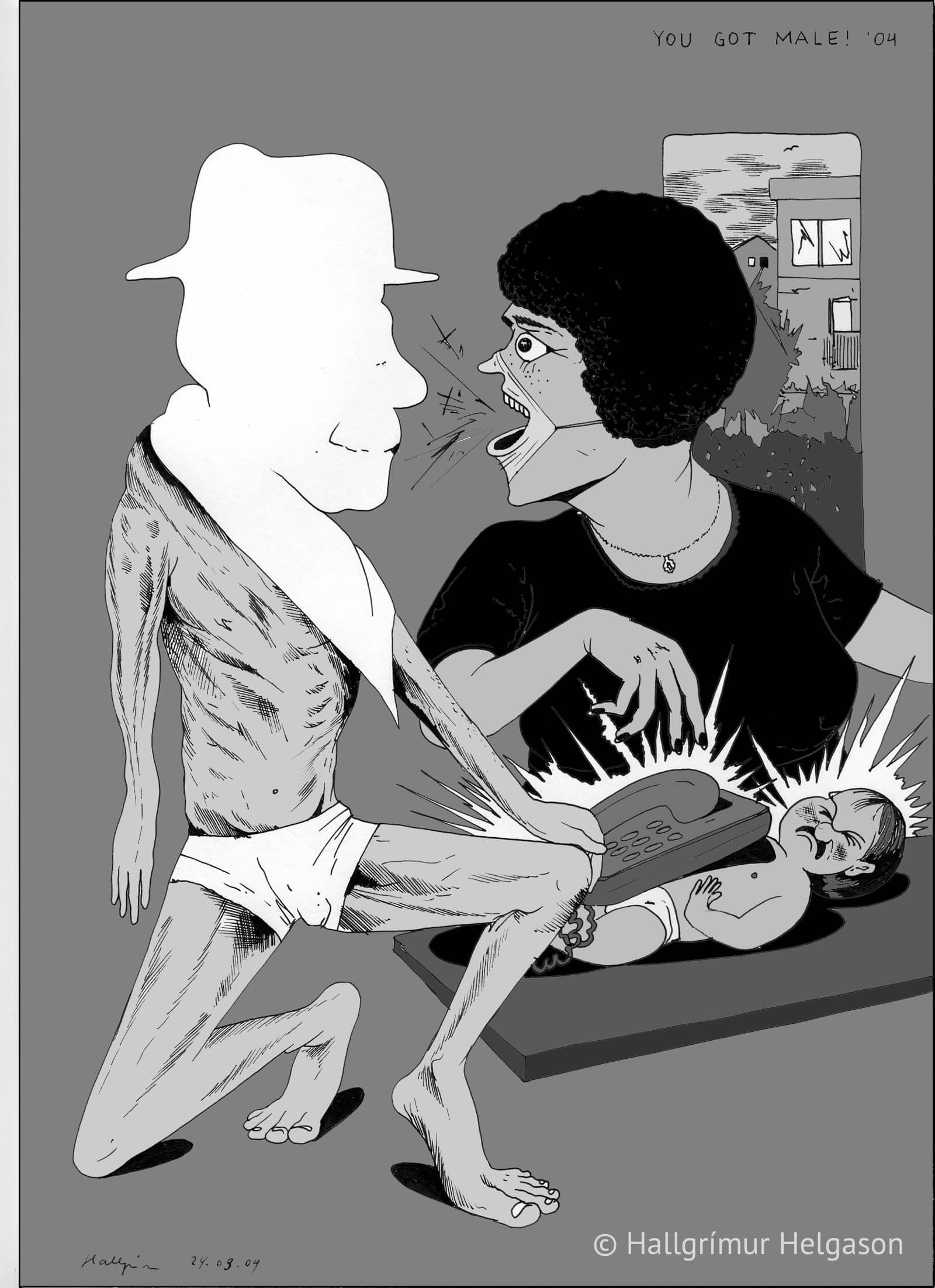 You Got Male ’04 Gallery 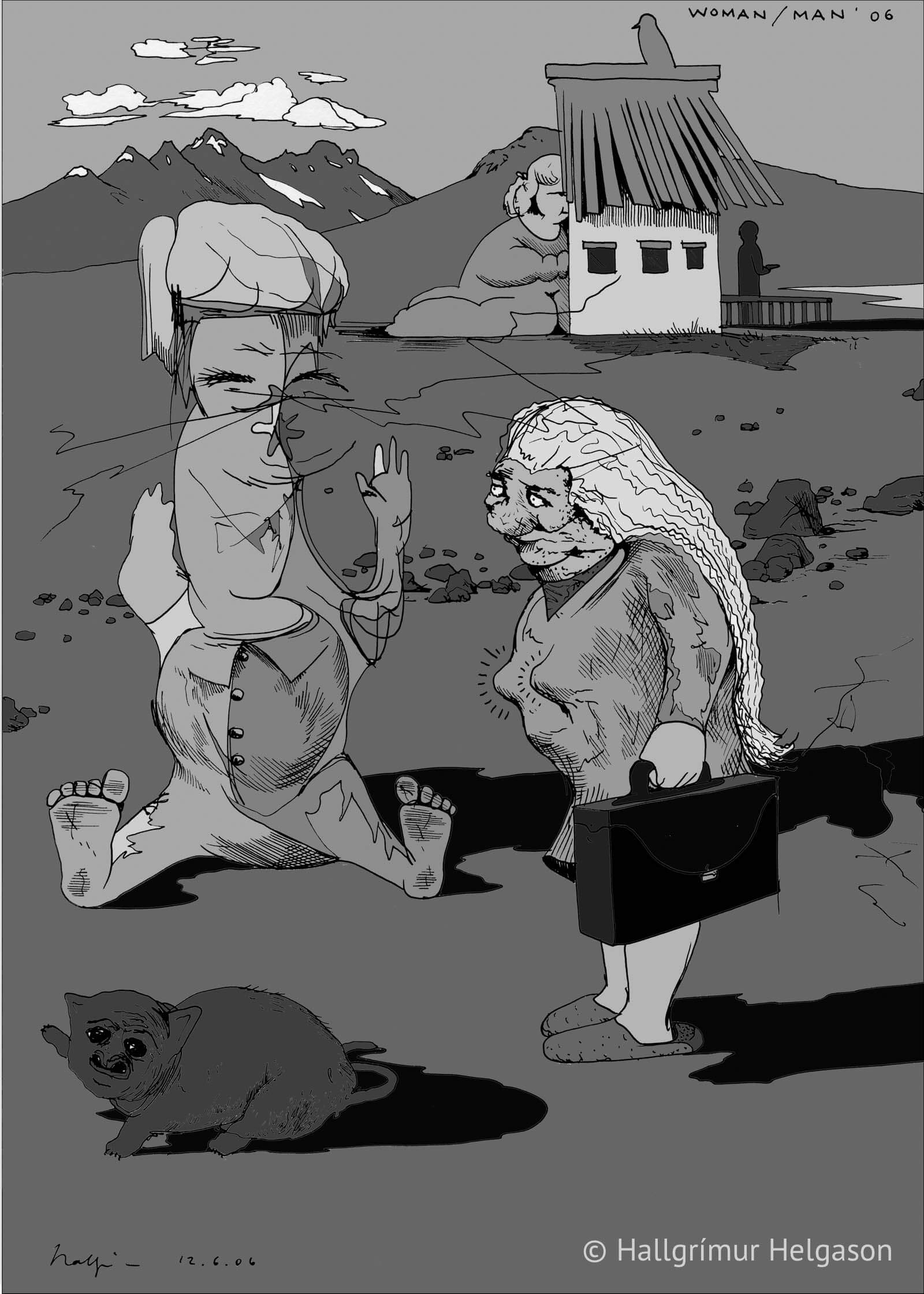 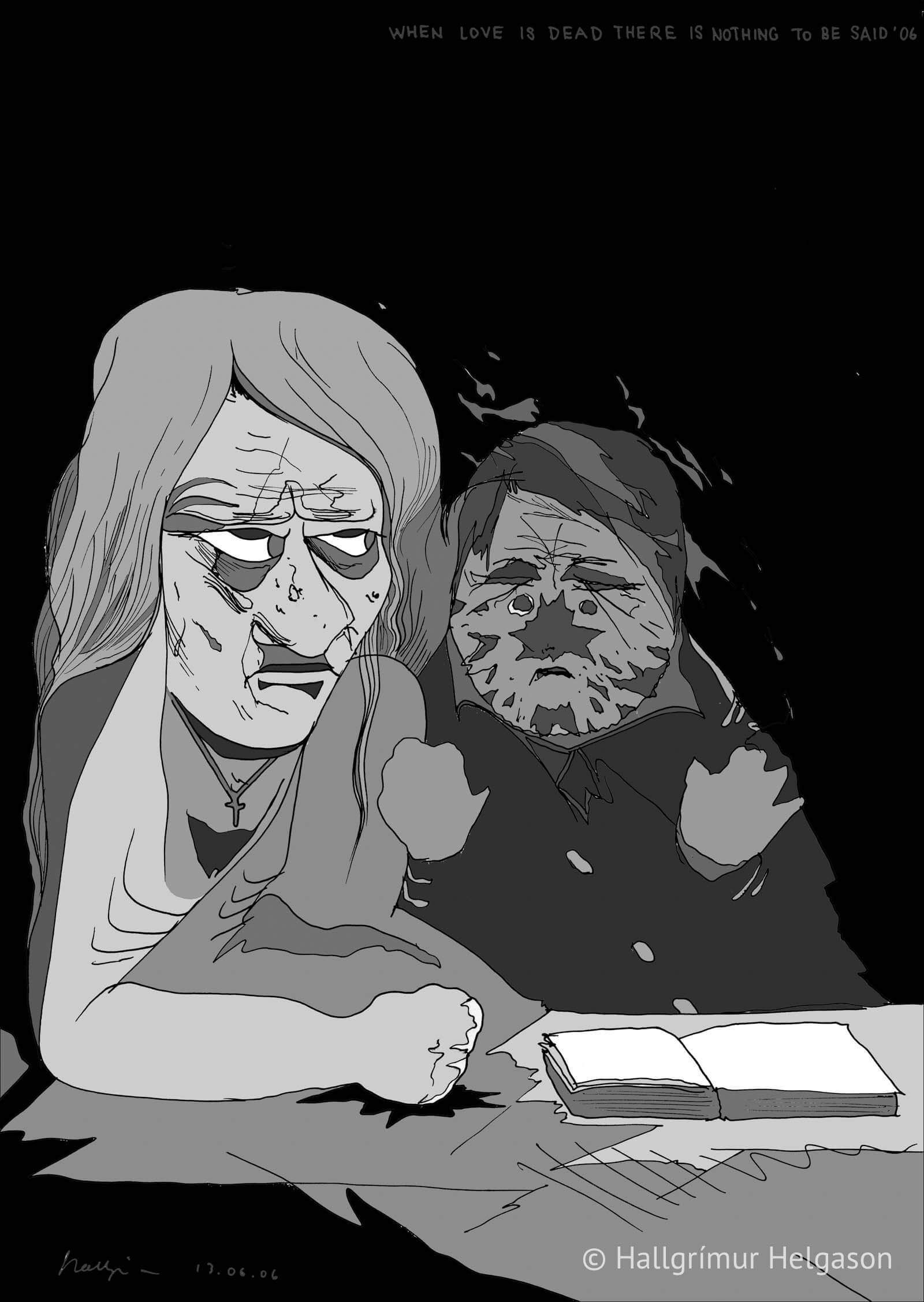 When Love is Dead Gallery

When Love is Dead 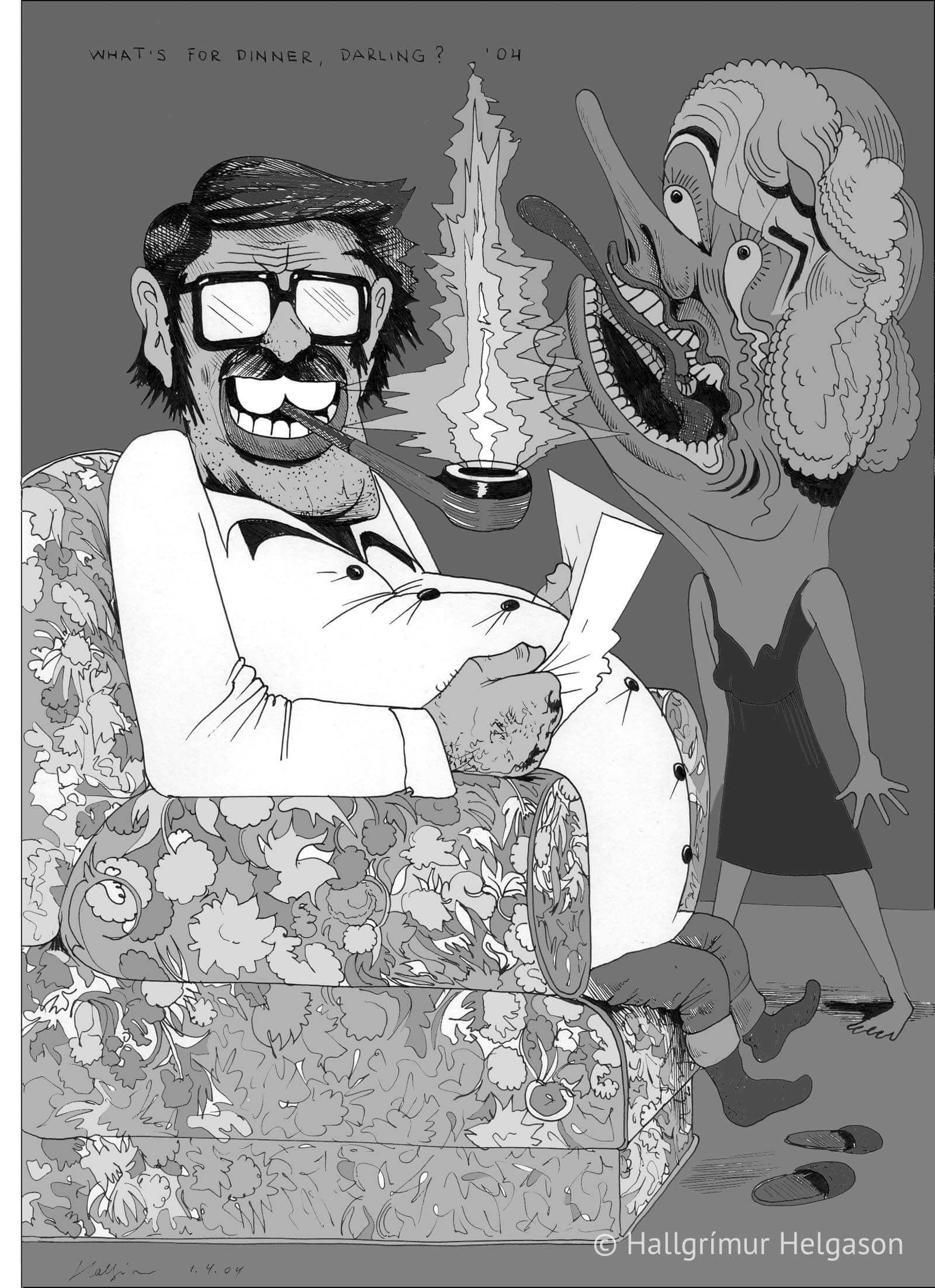 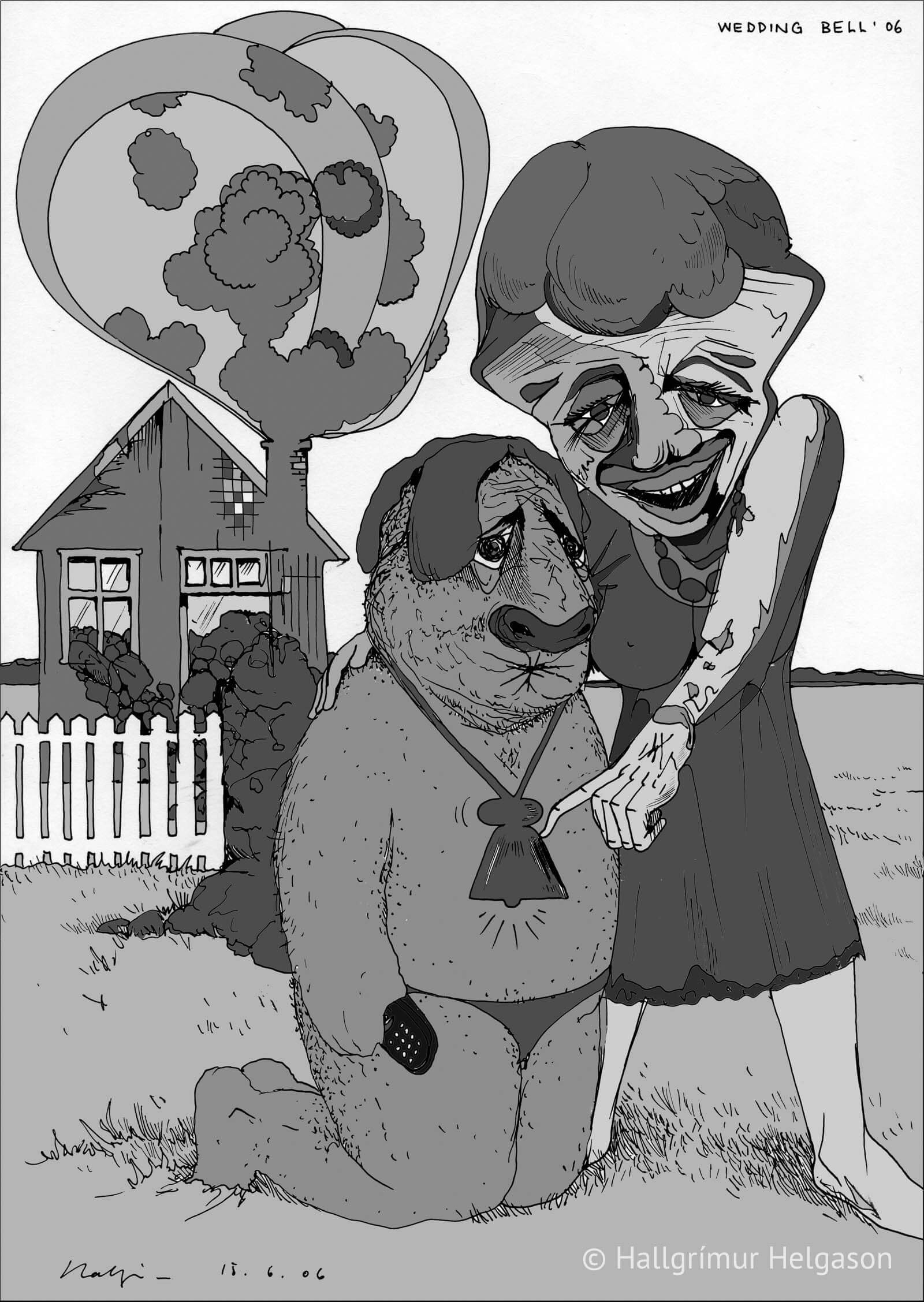 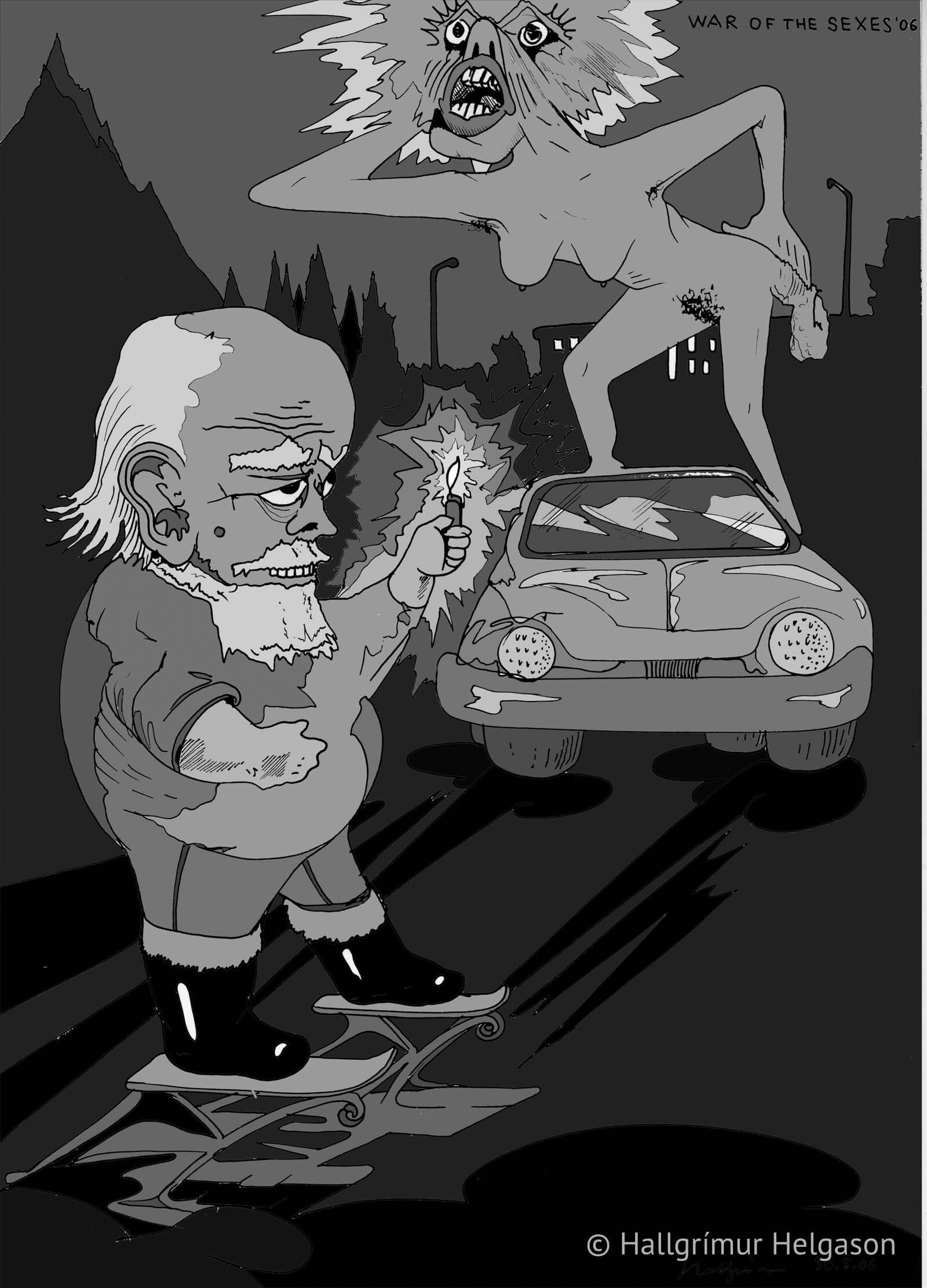 War of the Sexes ’06 Gallery 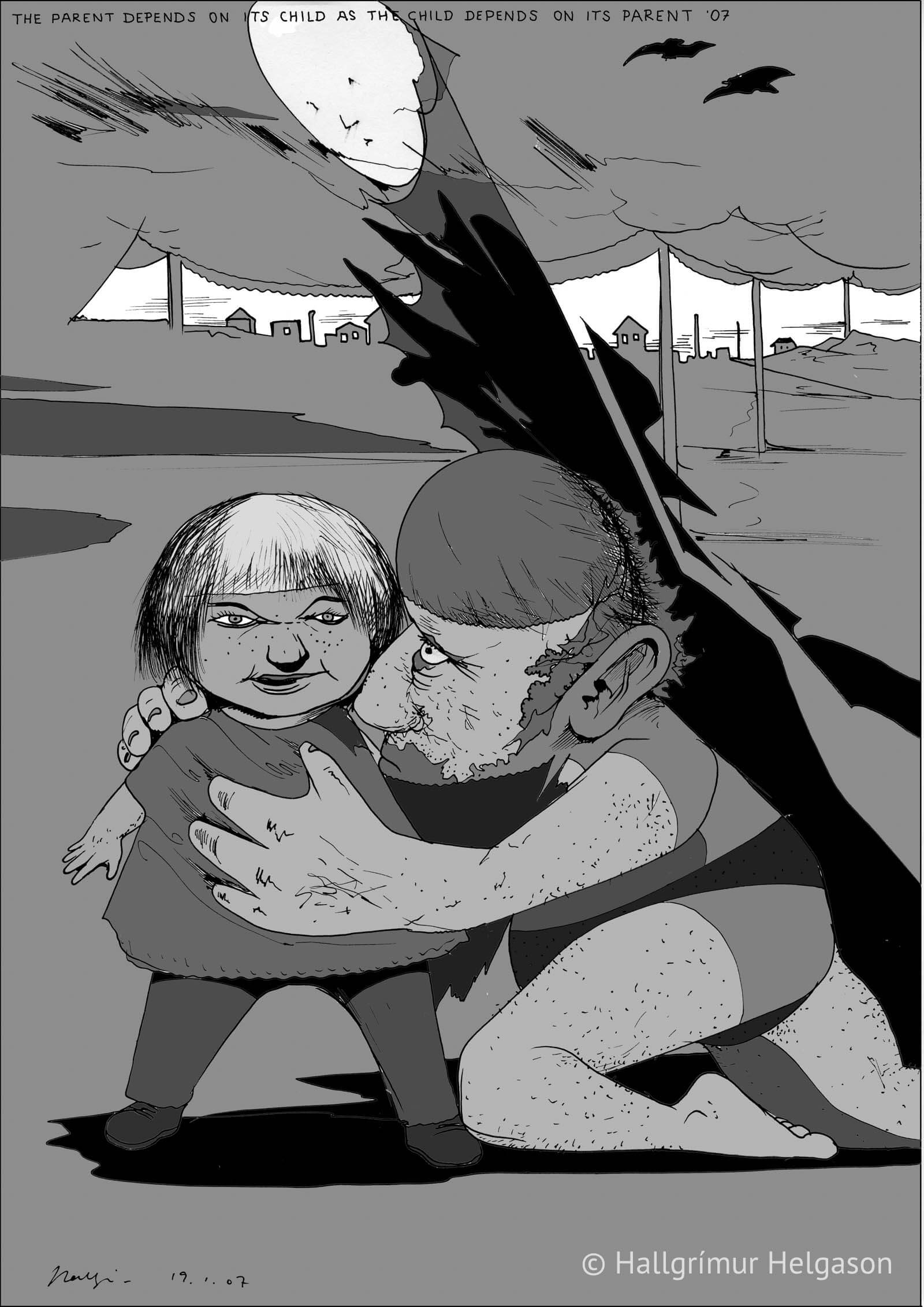 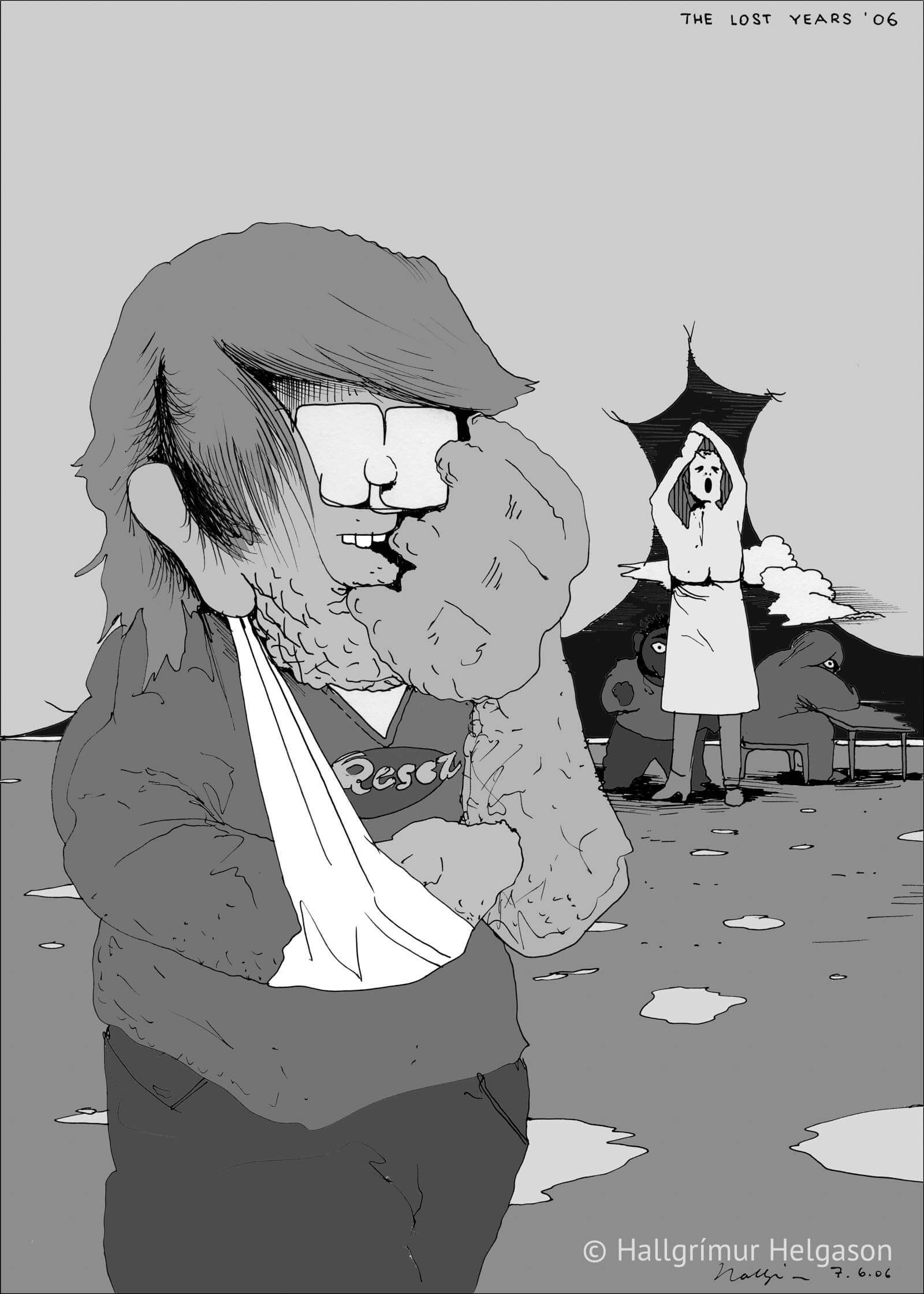 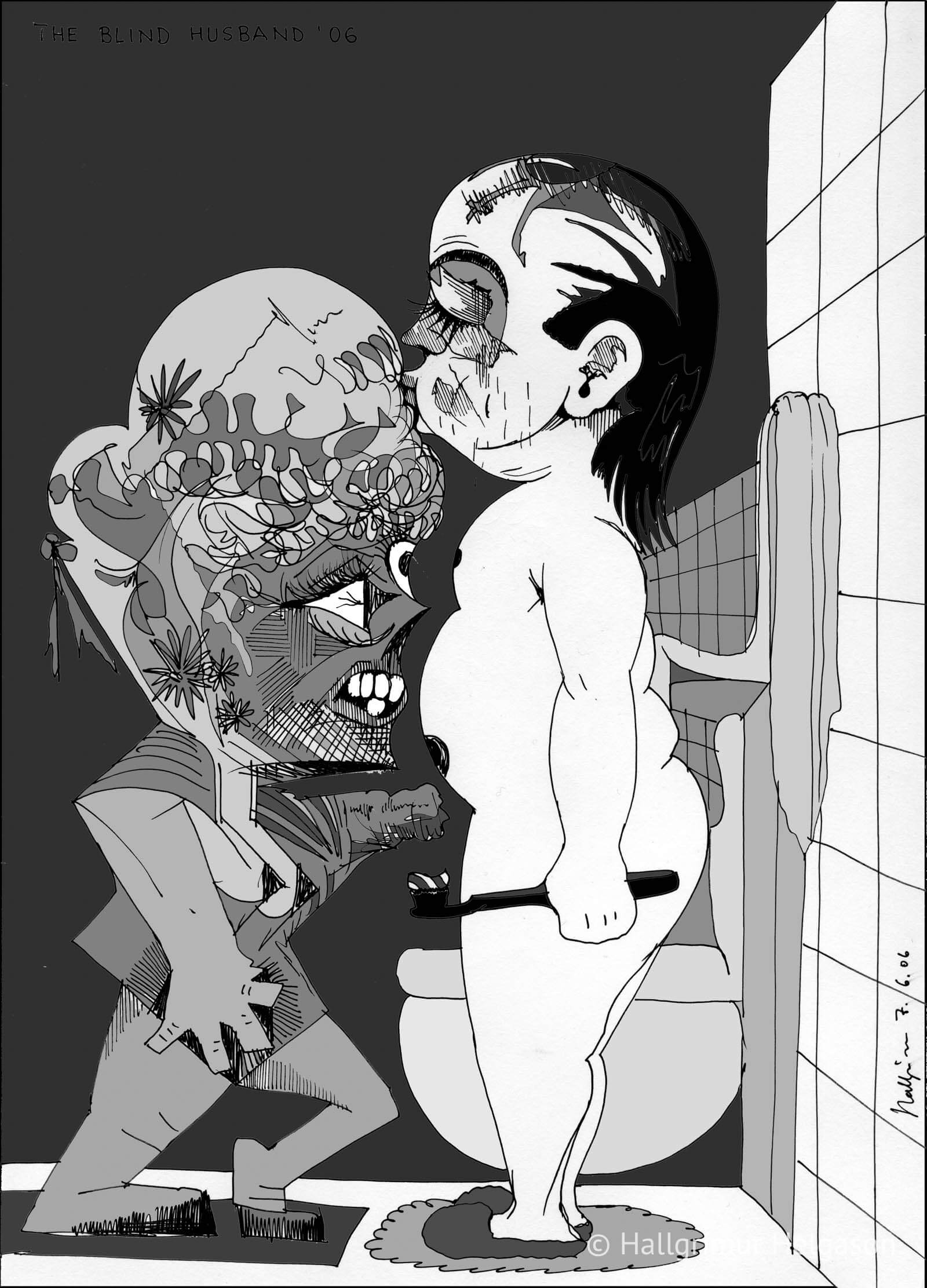 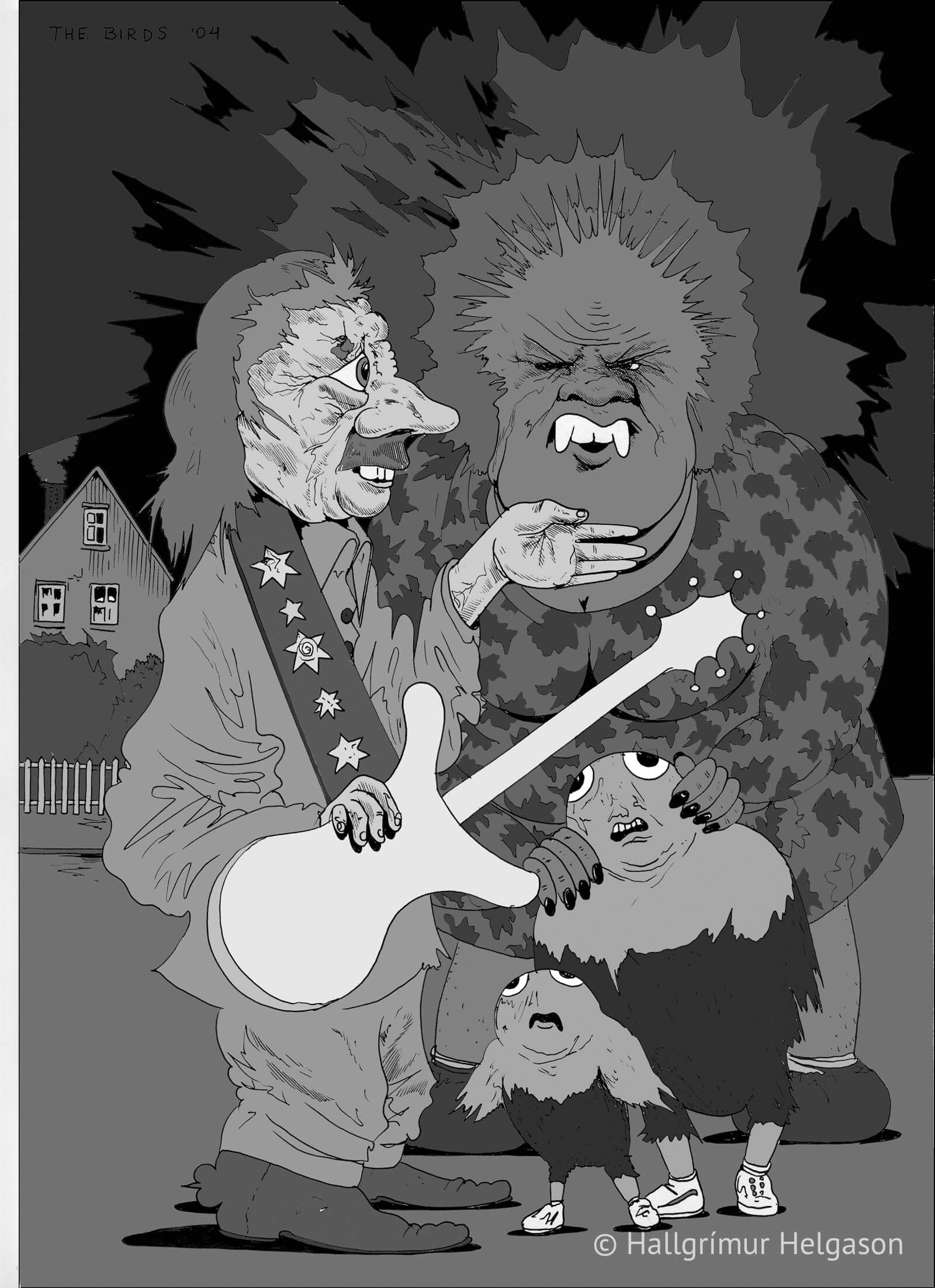 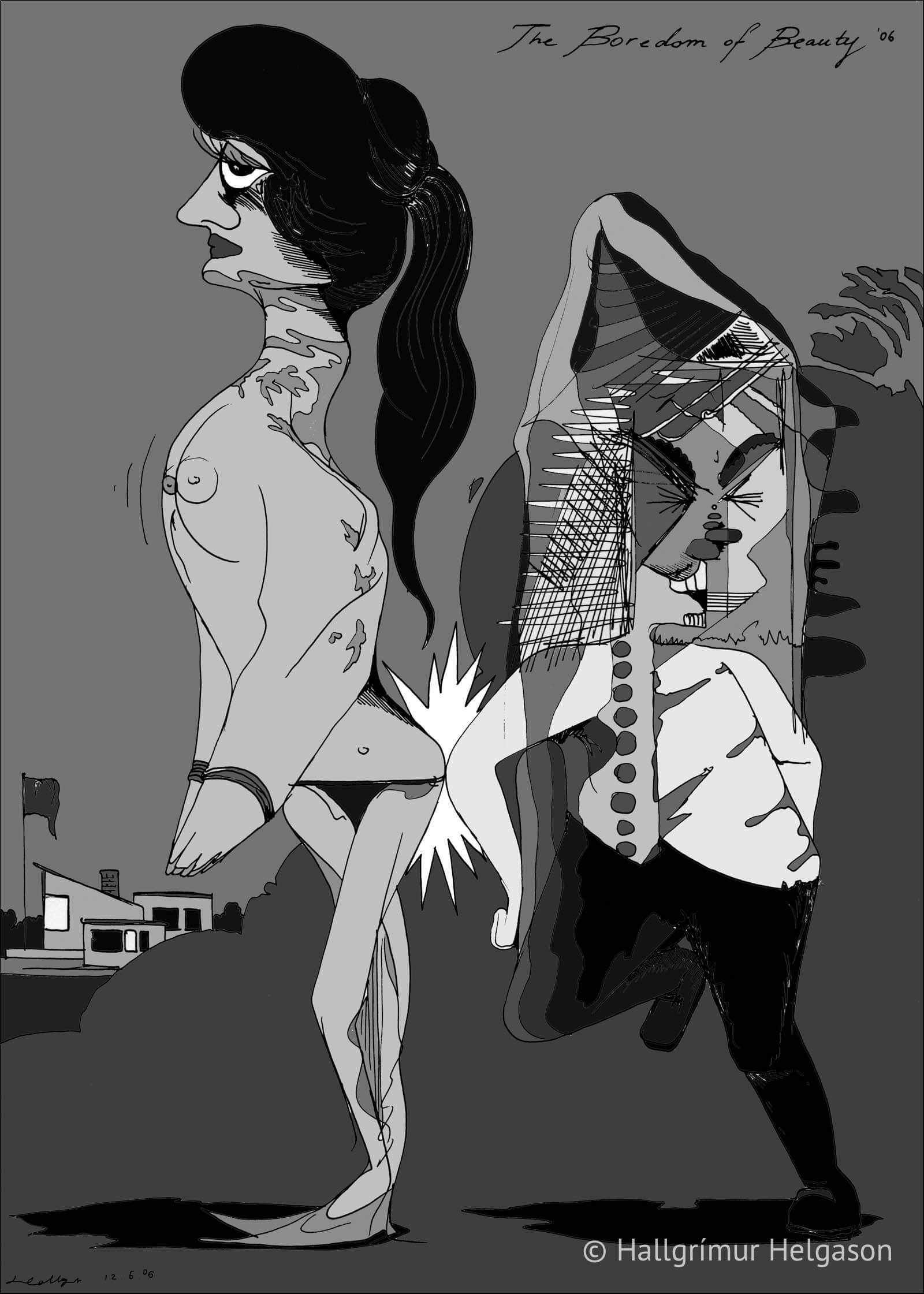 The Boredom of Beauty ’06 Gallery

The Boredom of Beauty ’06 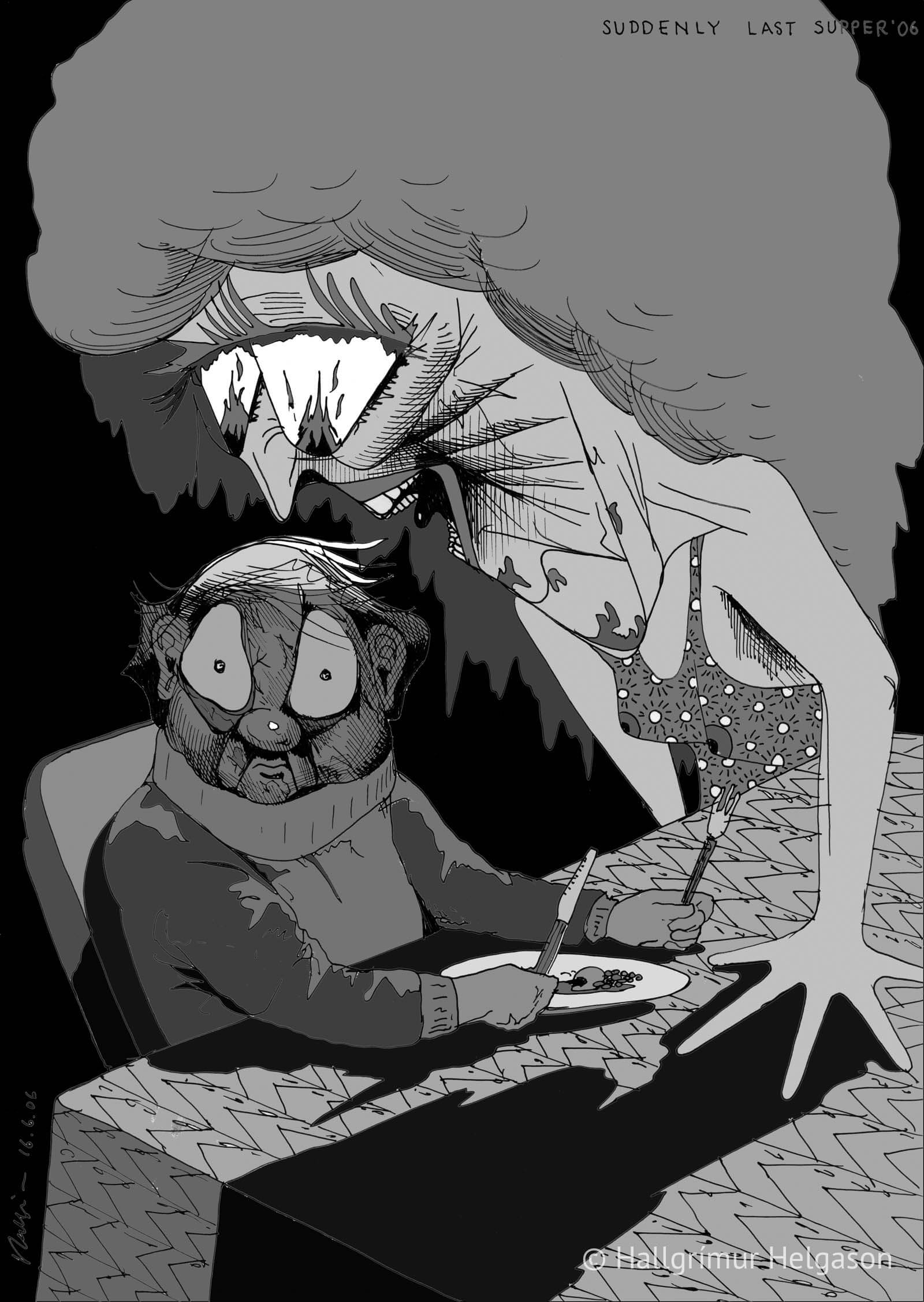 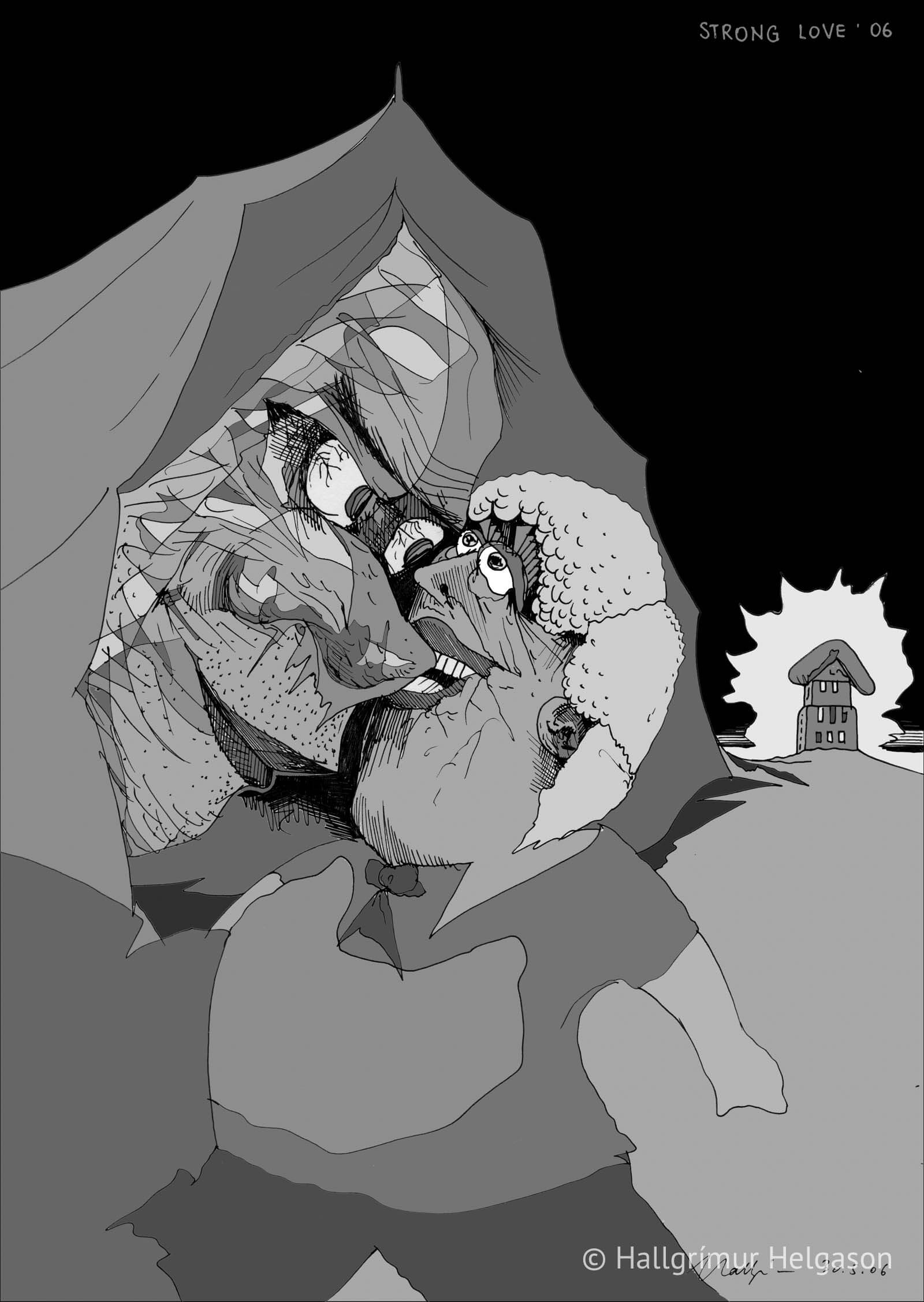 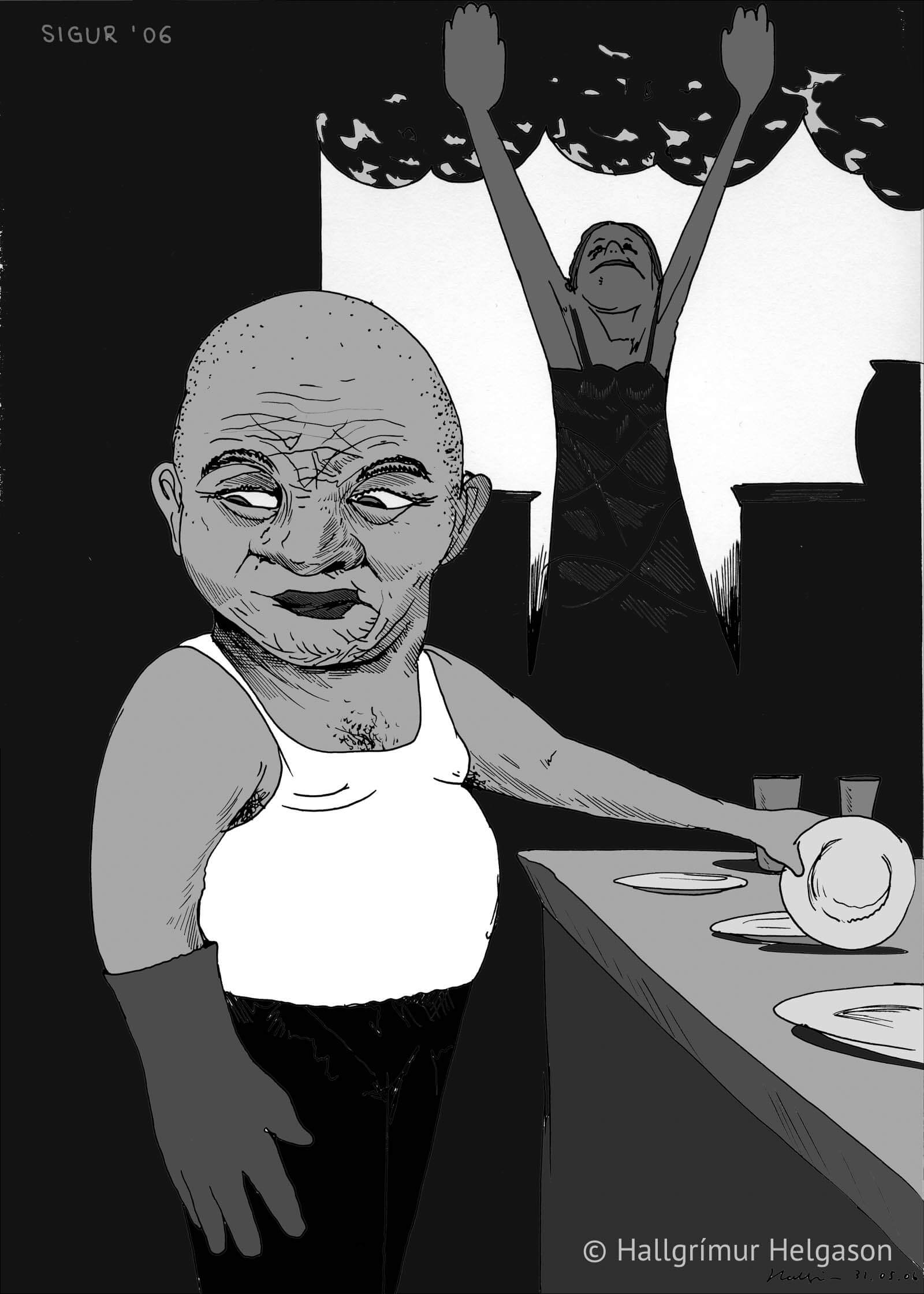 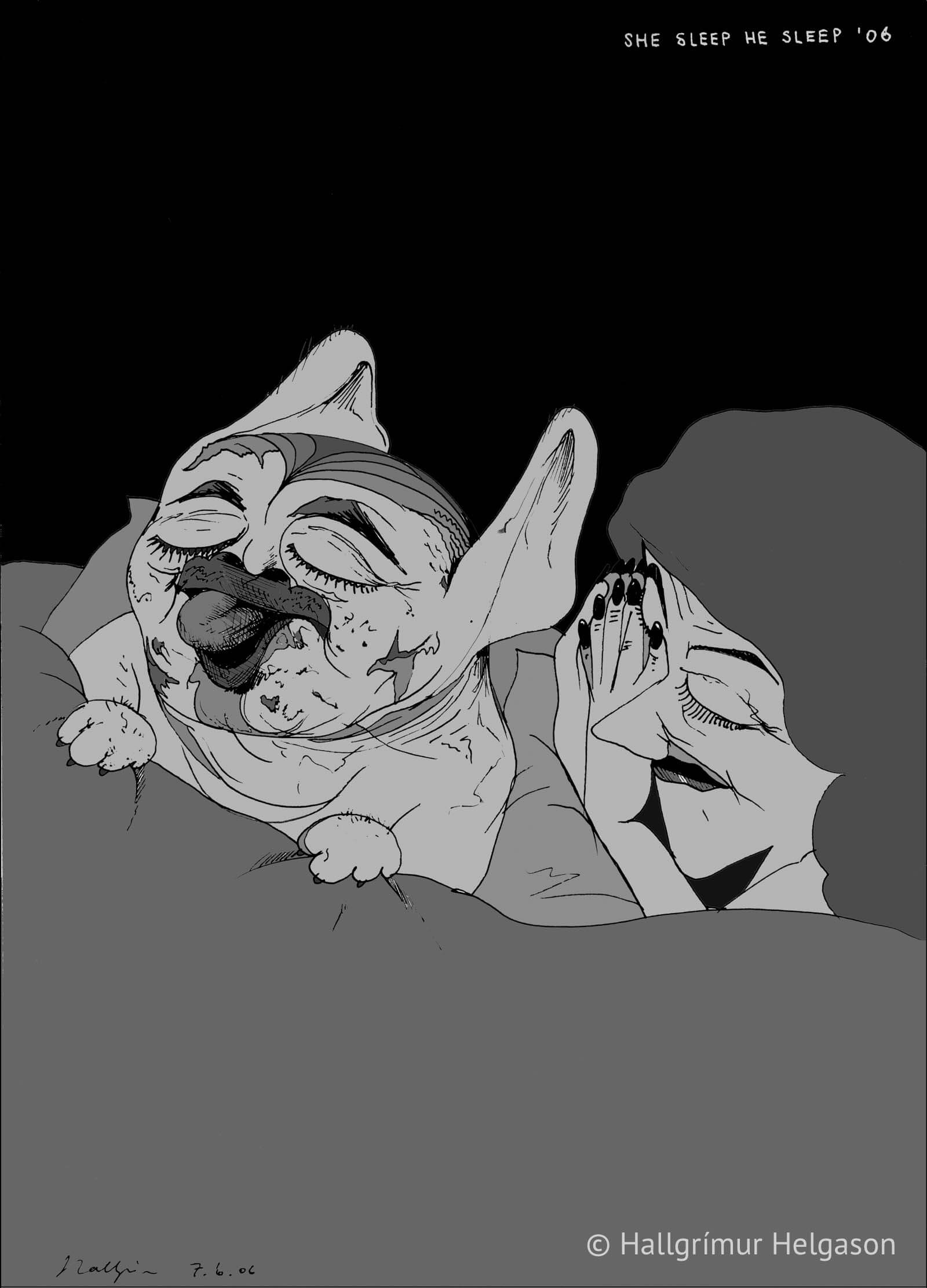 She Sleep He Sleep ’06 Gallery 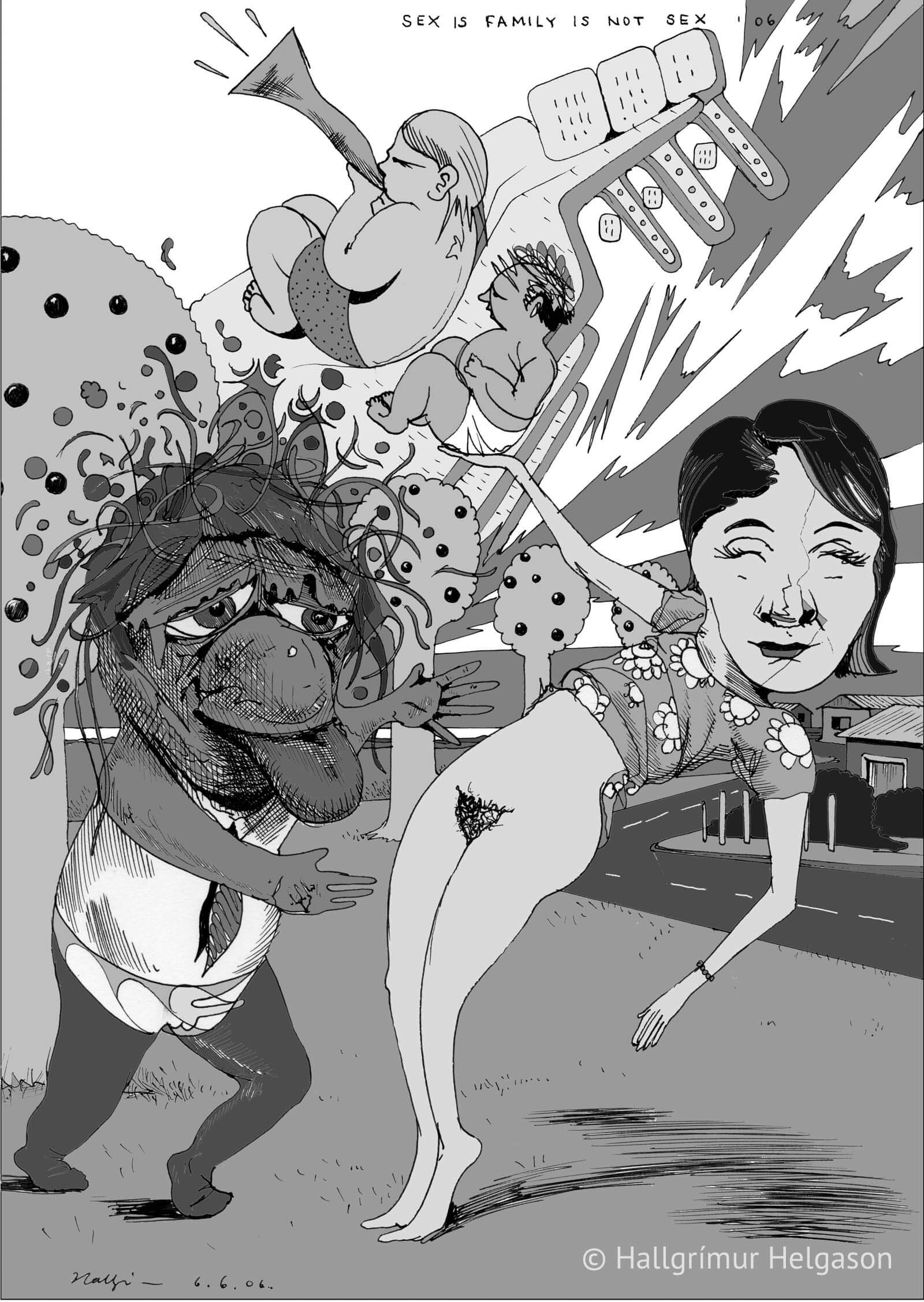 Sex is Family is not Sex ’06 Gallery 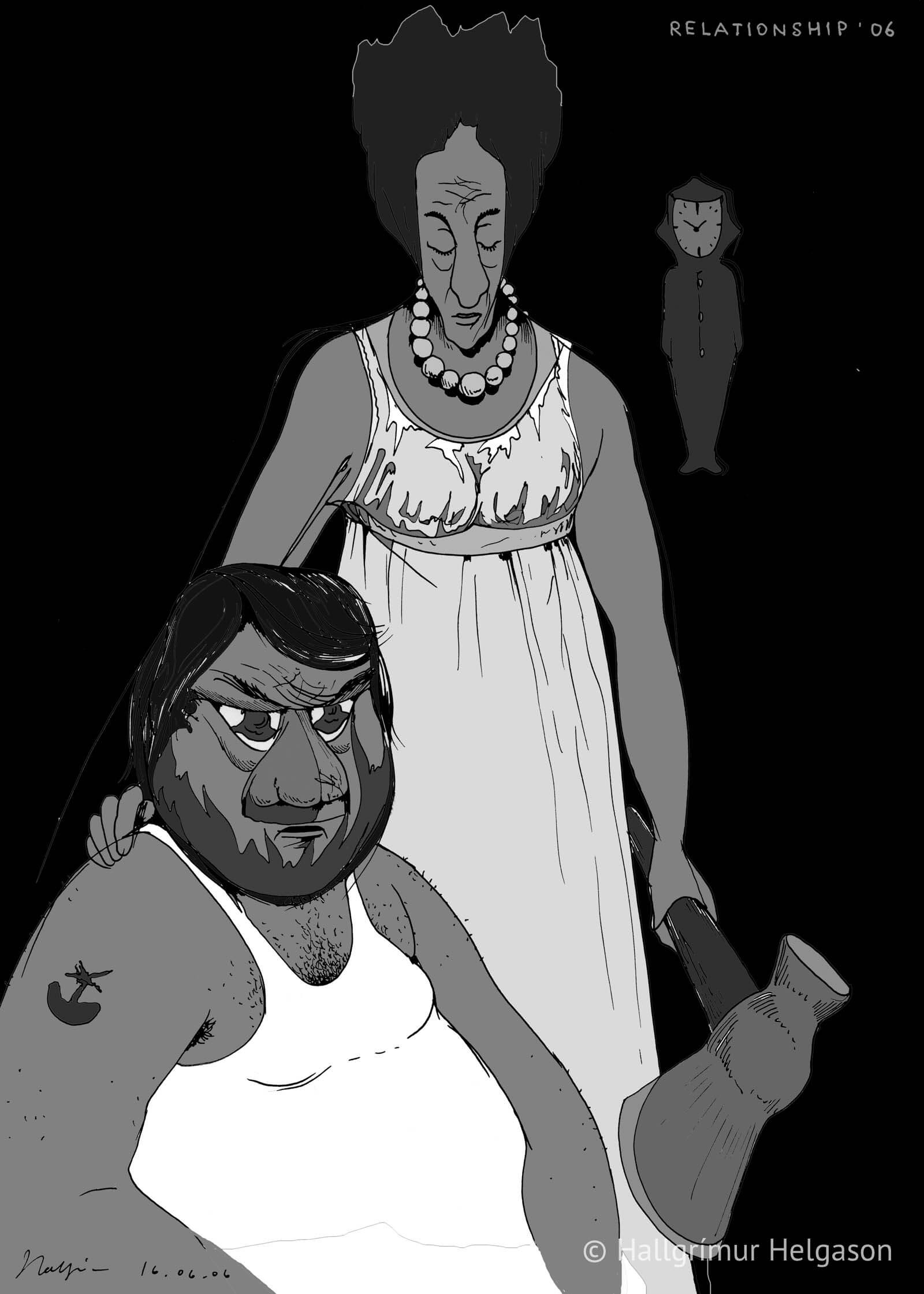 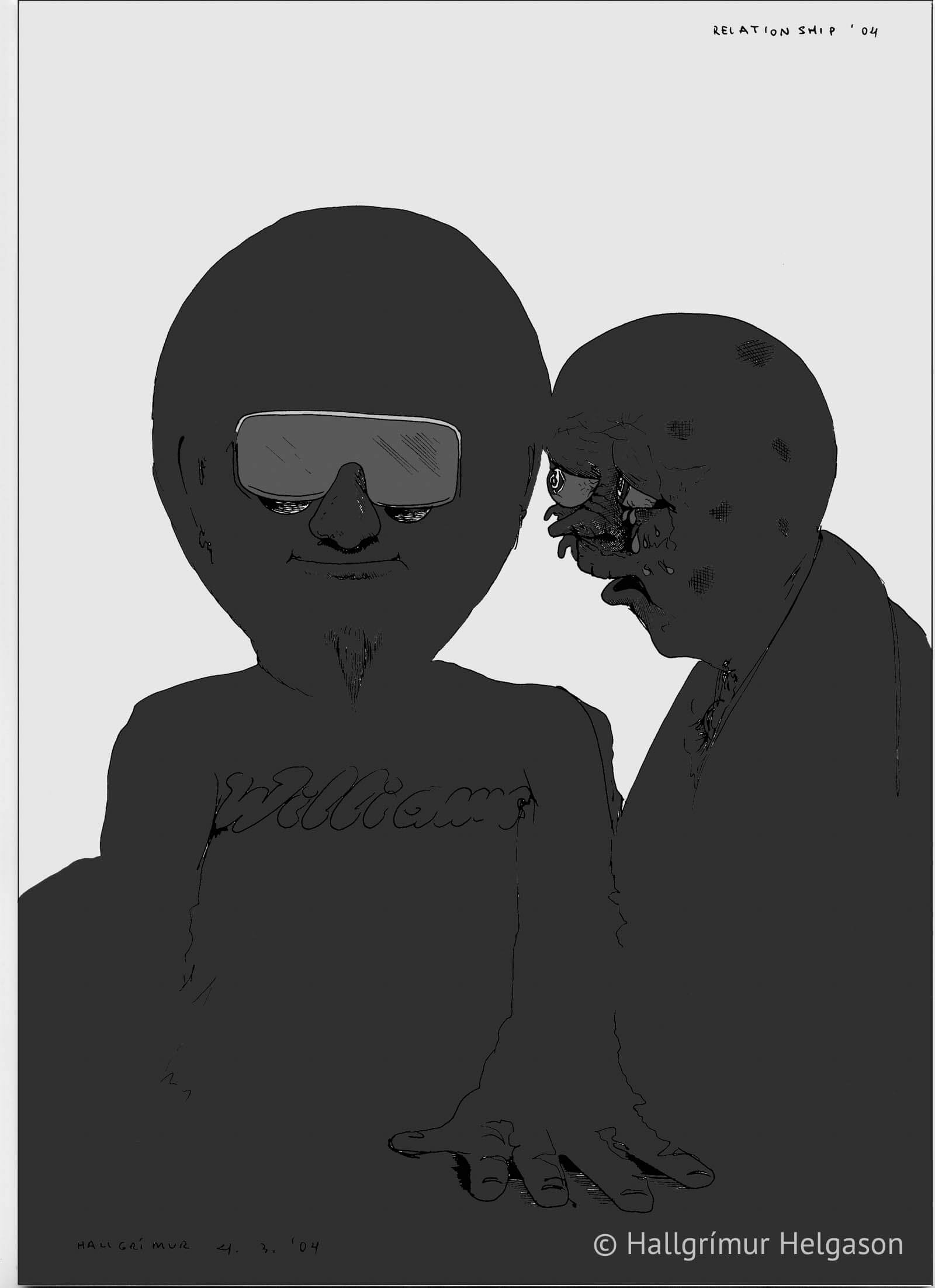 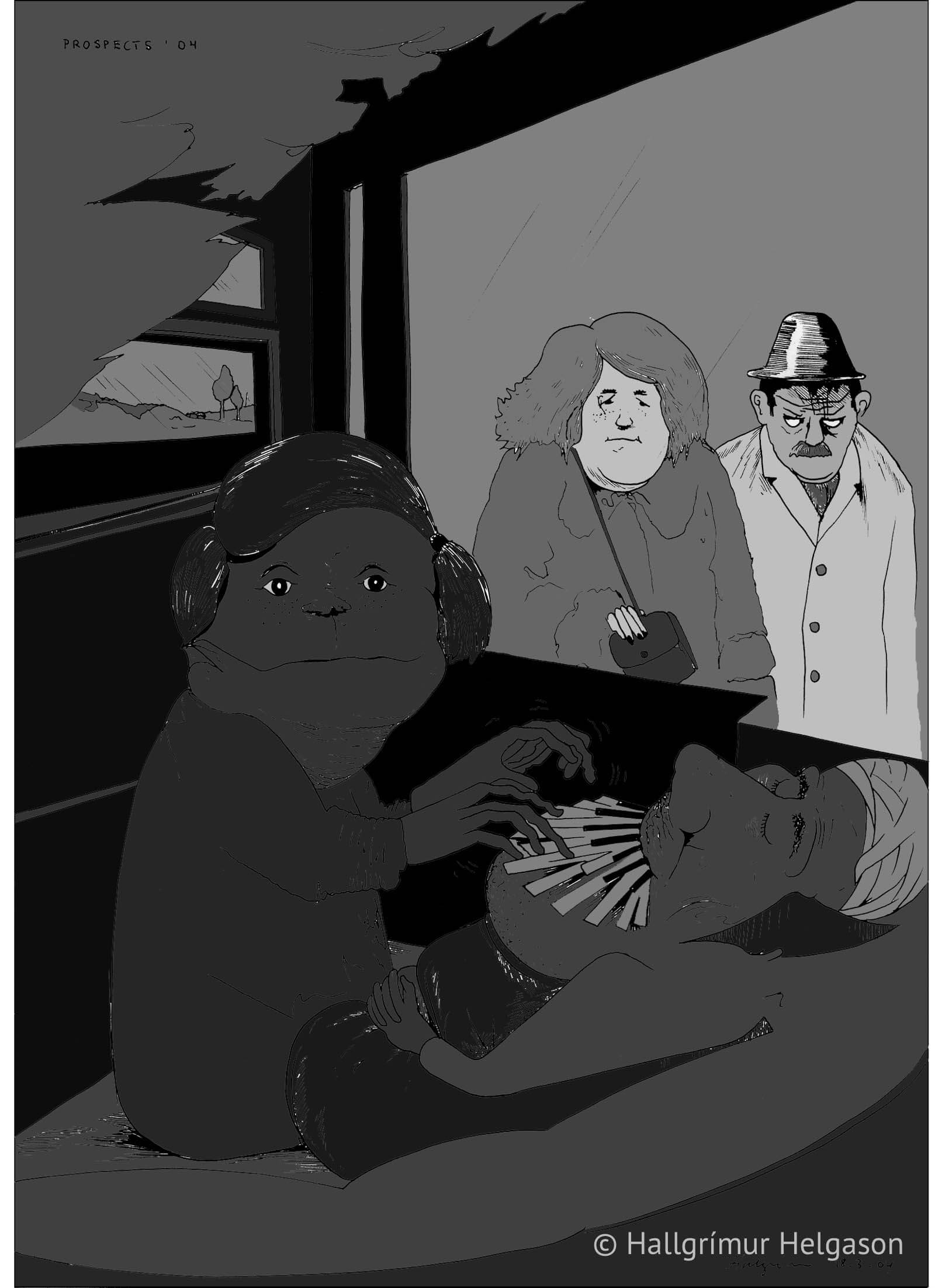 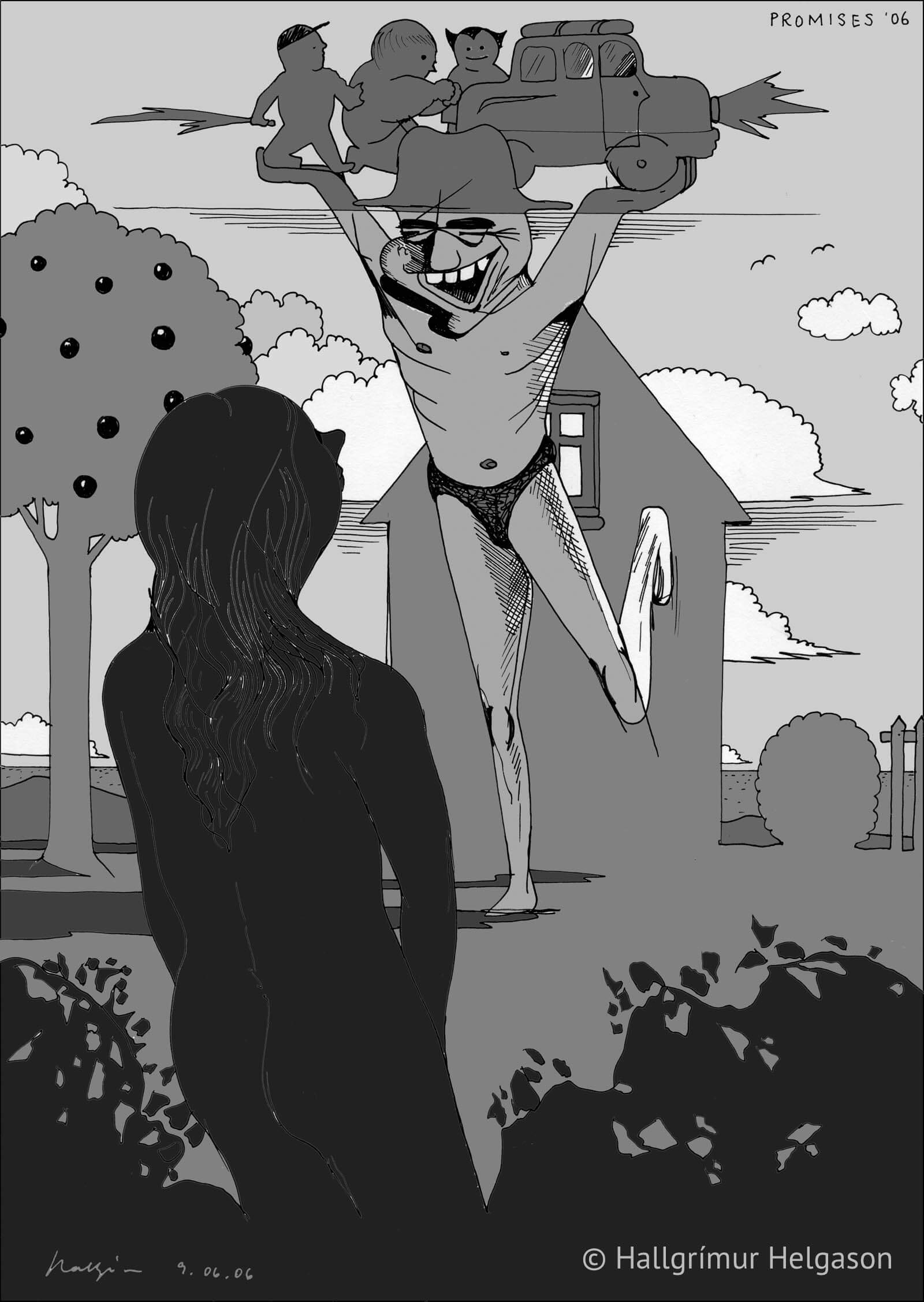 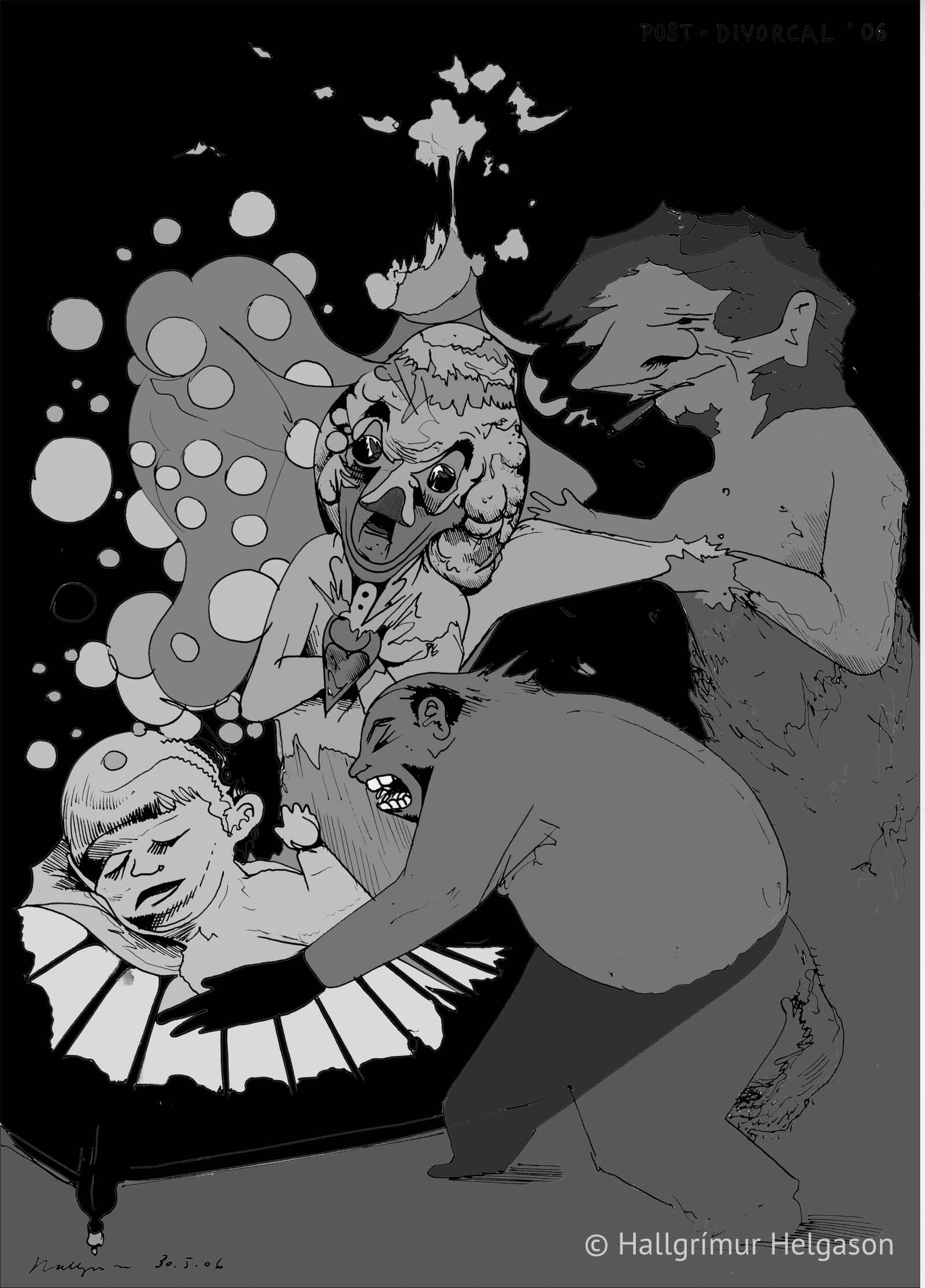 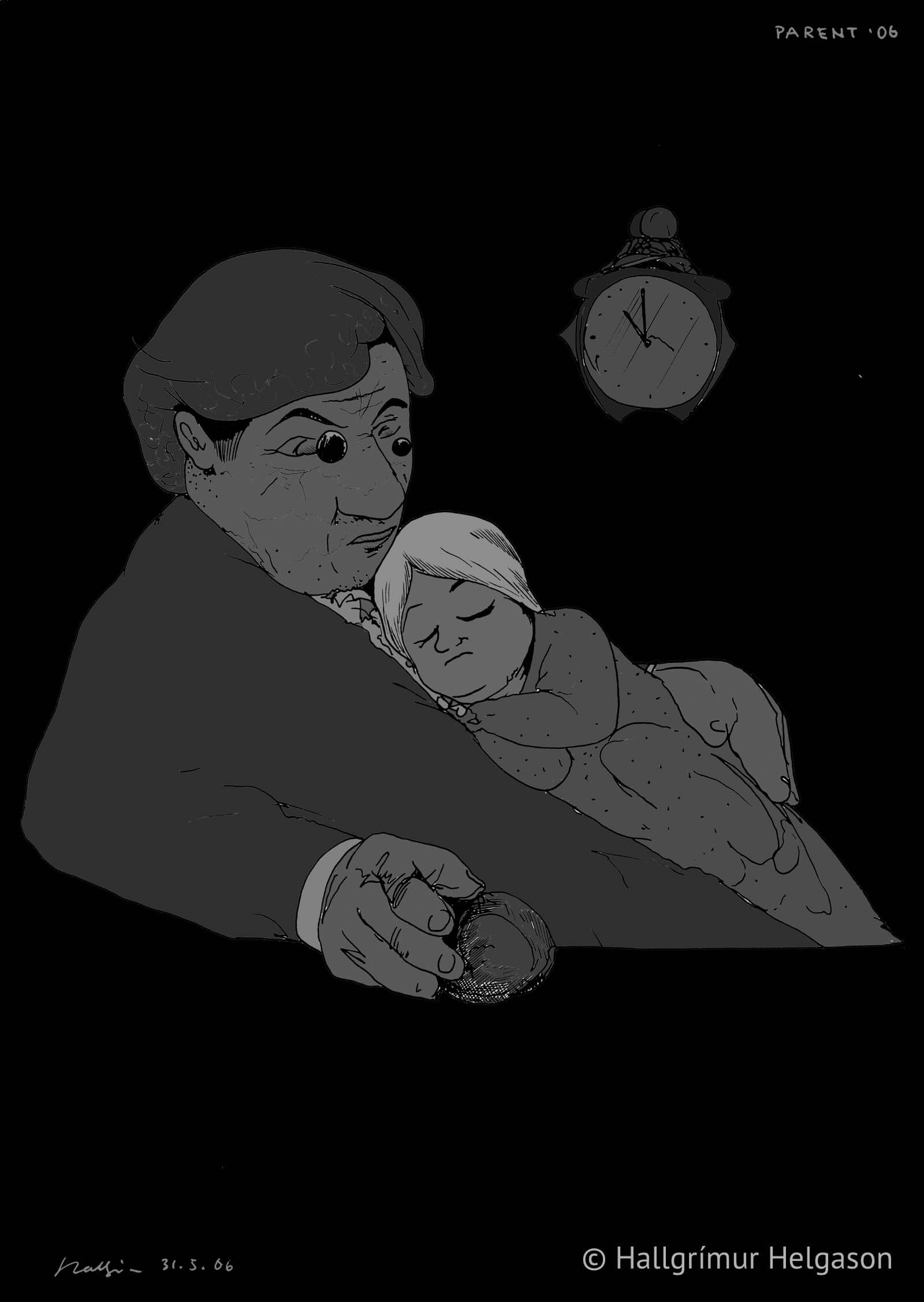 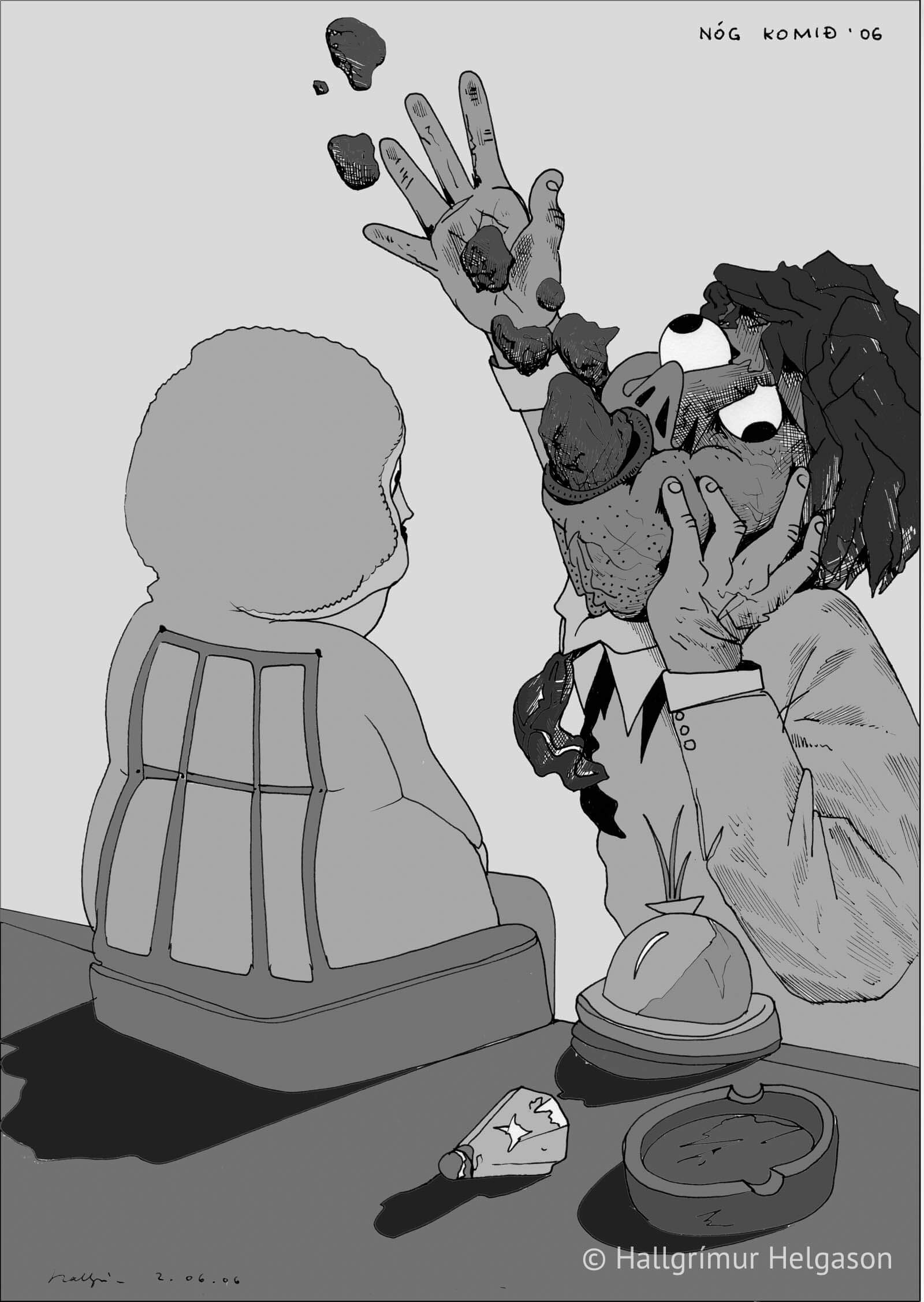 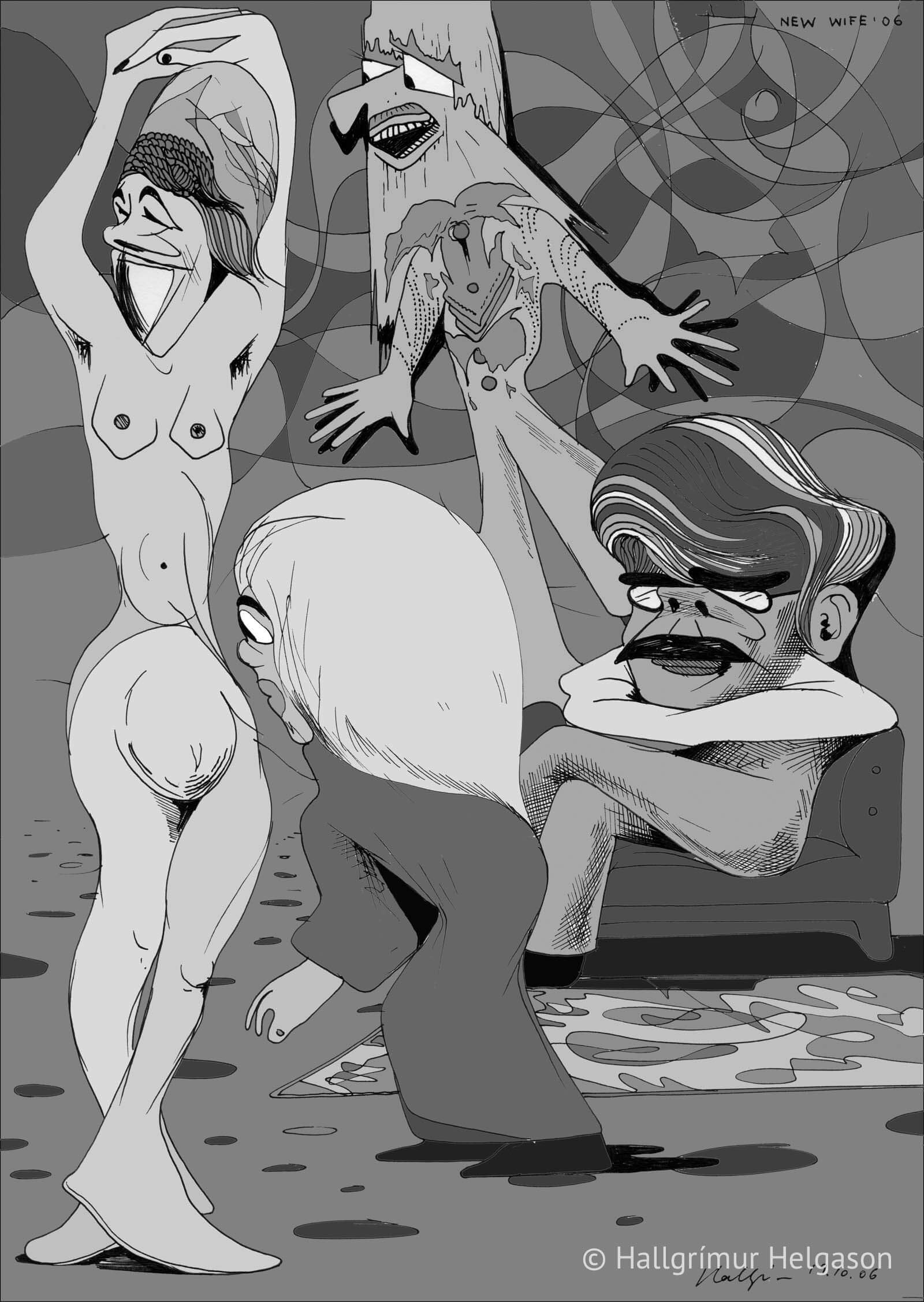 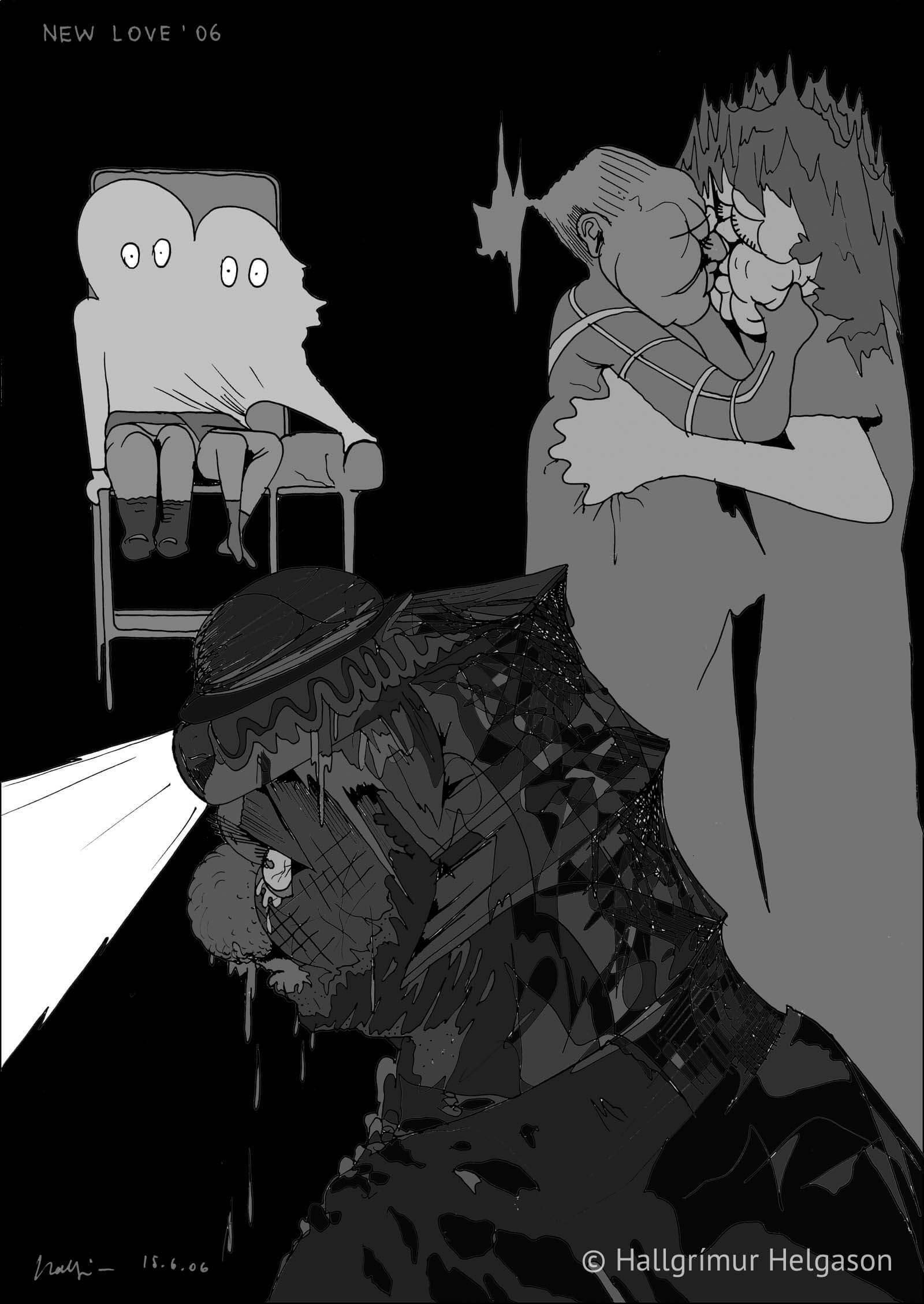 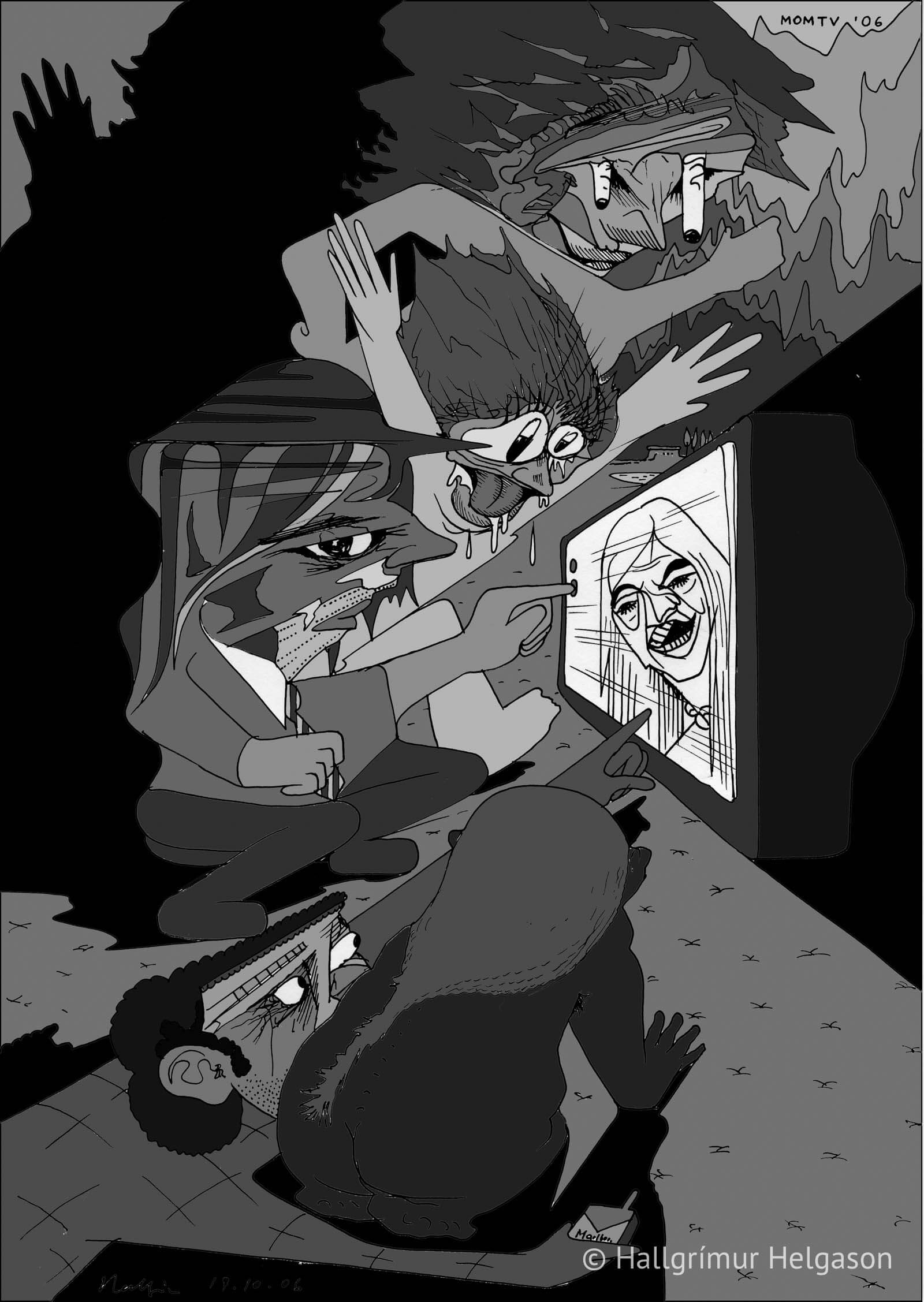 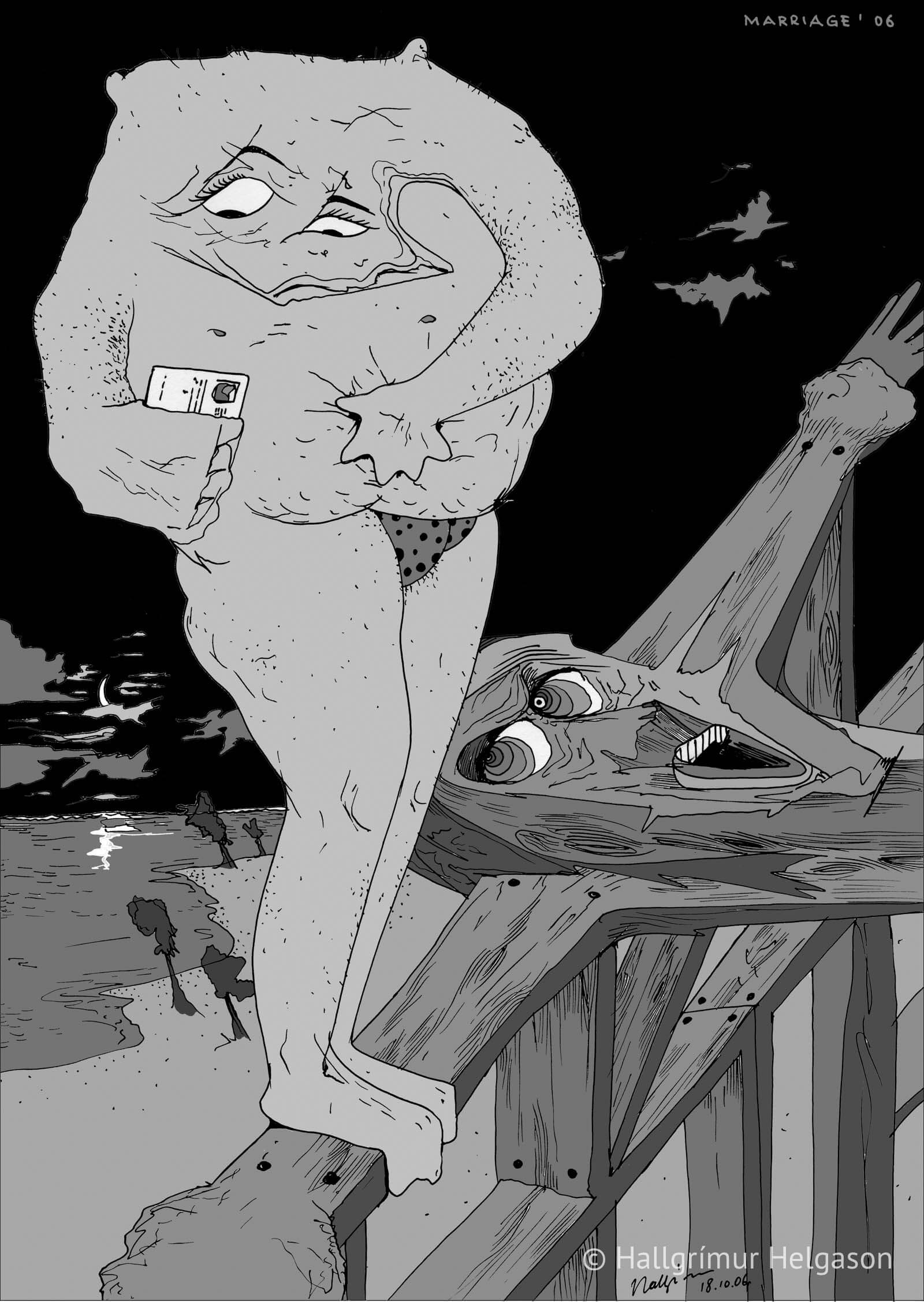