Halldór Laxness (1902-1998) was the dominant figure of 20th century Icelandic literature. He was awarded the Nobel Prize in 1955. The conventional wisdom is that two or three generations of poets and writers suffered in “the shadow of Laxness”. A famous photograph taken at the ceremonial festivities in Stockholm 1955 shows Laxness displaying his prize, surrounded by young Swedish female students. 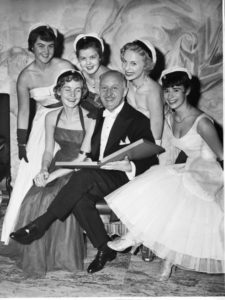 Laxness and the Swedish students

After reading the recently published biographies of several of Laxness’s colleagues, like Gunnar Gunnarsson, Þórbergur Þórðarson and  Davíð Stefánsson from Fagriskógur, where whole chapters describe the nightmarish envy that Laxness’s receiving of the Nobel Prize spurred in them, Helgason got the idea to use the famous photograph to bring this bitterness to light as well as to give those writers a long overdue opportunity to celebrate with Laxness on this biggest moment in the history of Icelandic literature. The two other writers who appear in the painting are Steinn Steinarr and Guðrún from Lundur.

The painting was done in 2012, and the year after Helgason met Gústi and Halla, the owners of 2 Ravens Gallery in Reykjavik. They urged him to paint more portraits of poets and writers.

The result was a whole show dedicated to the “Dead Poets’ Society” of the first half of the 20th century. It included three more portraits of Laxness, two of legendary bestseller factory Guðrún from Lundur, two of Steinn Steinarr, the greatest poet of the era, and two of Davíð Stefánsson from Fagriskógur, another great poet, two of Þórbergur Þórðarson, generally thought of as second to Laxness, and some more. The title of the show was History of Icelandic Literature Vol. IV. 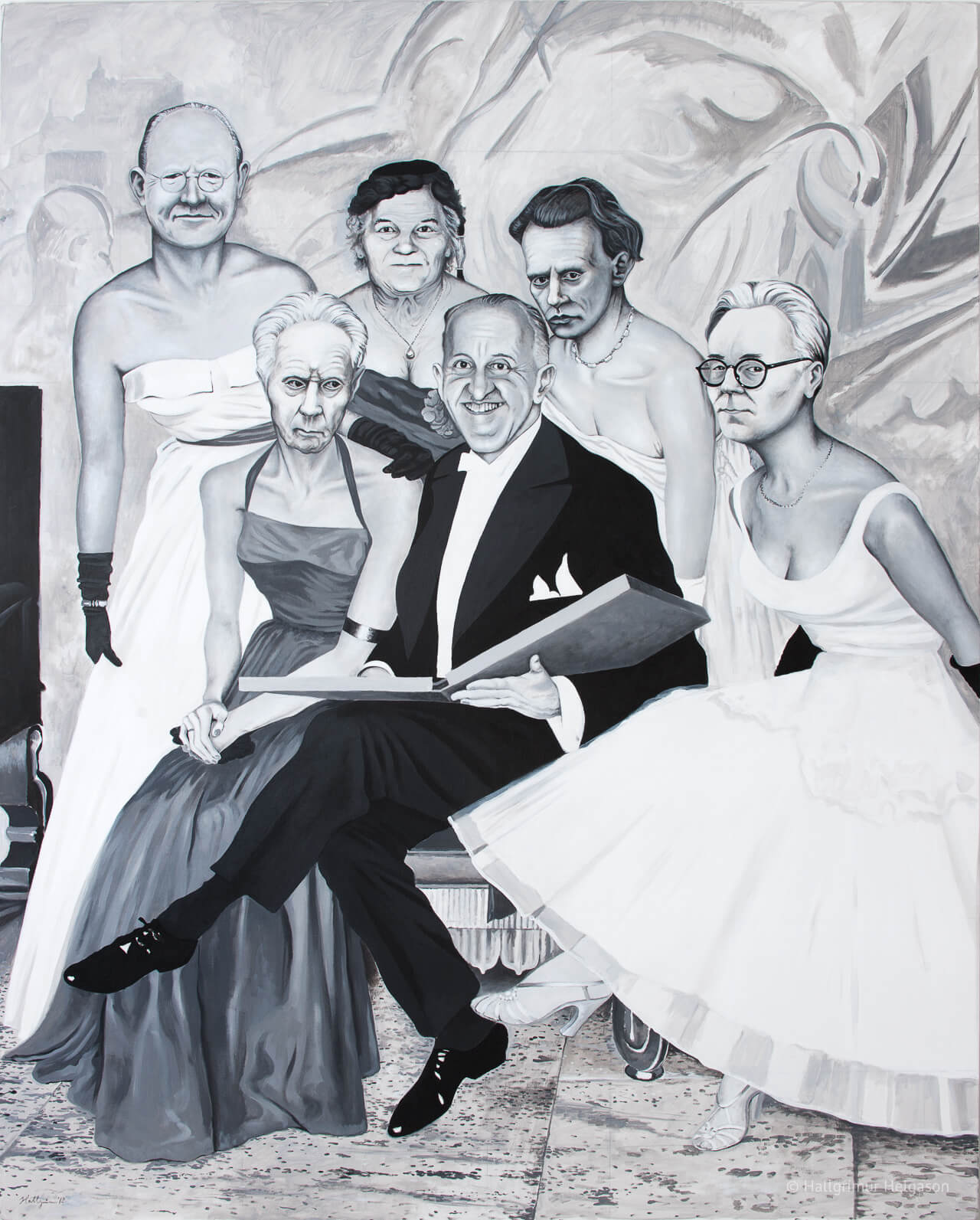 Images from the exhibition 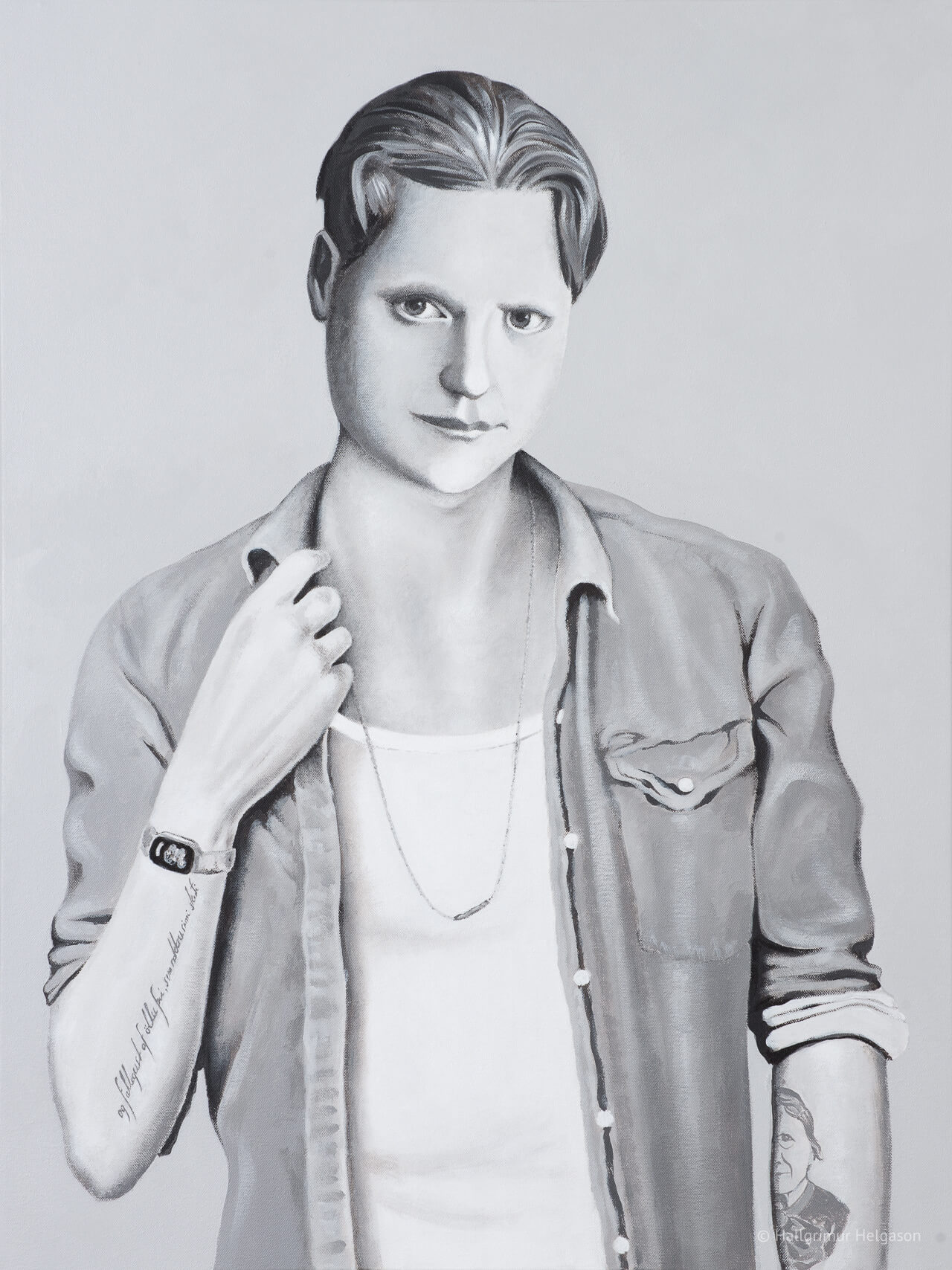 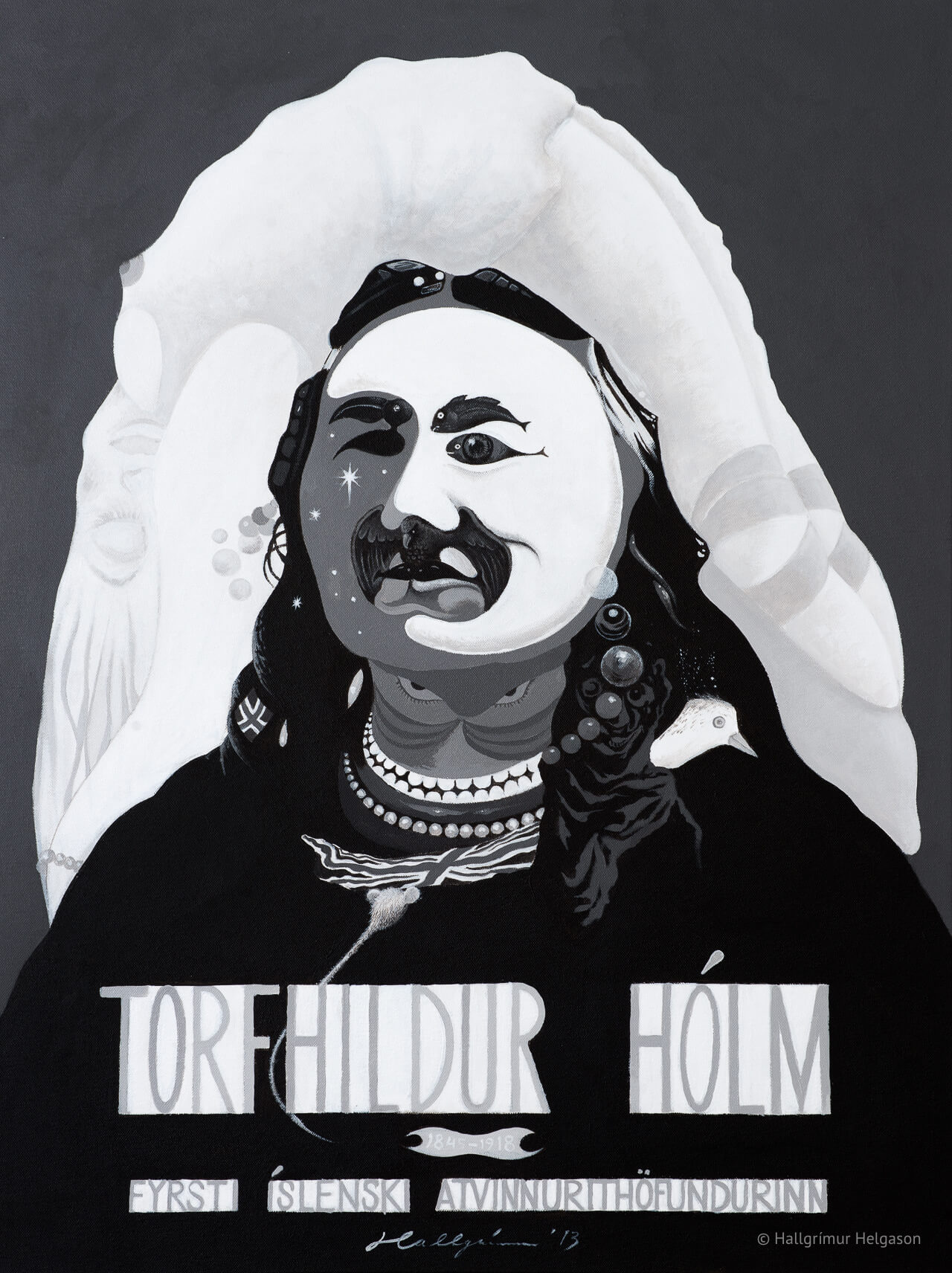 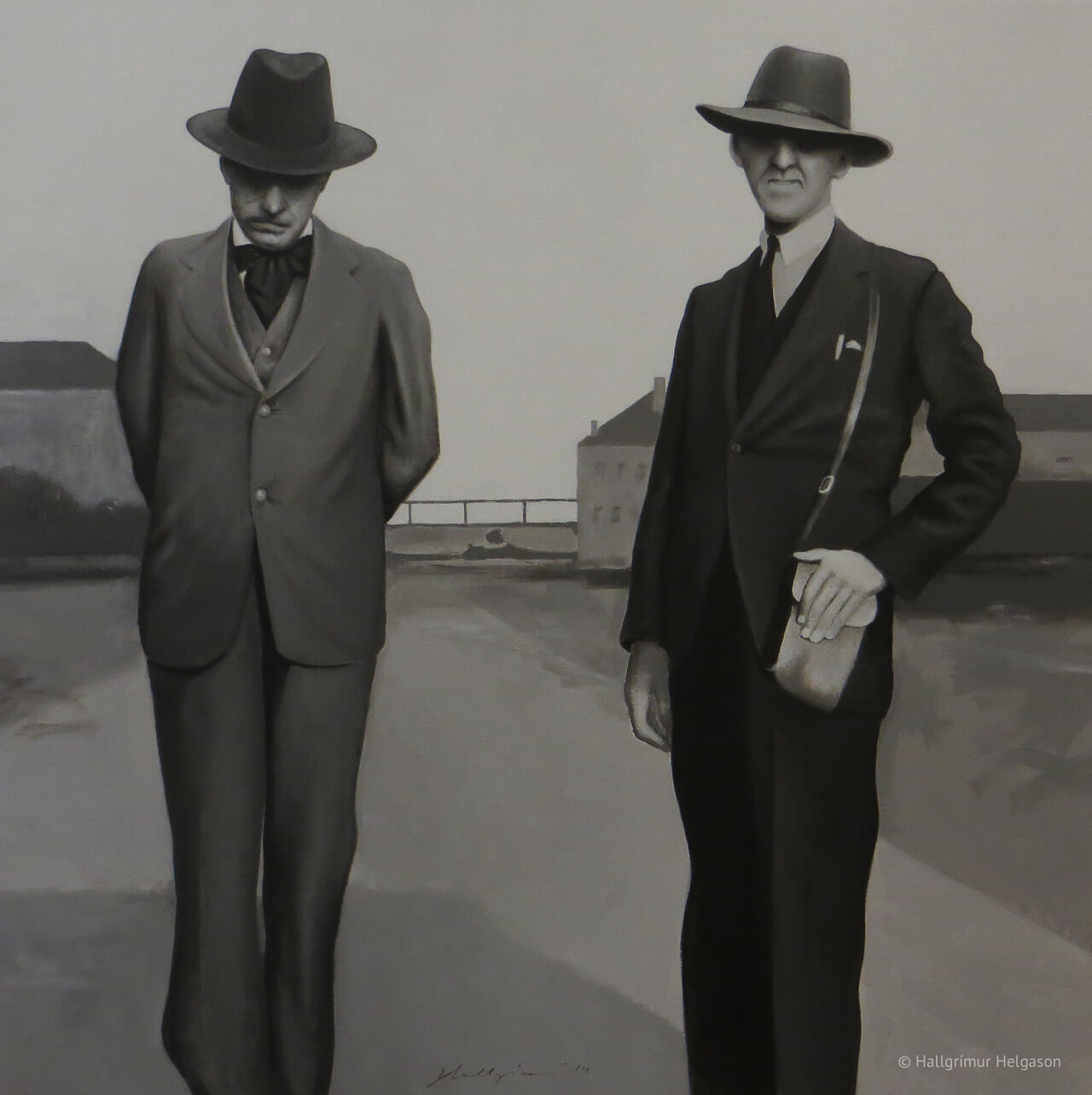 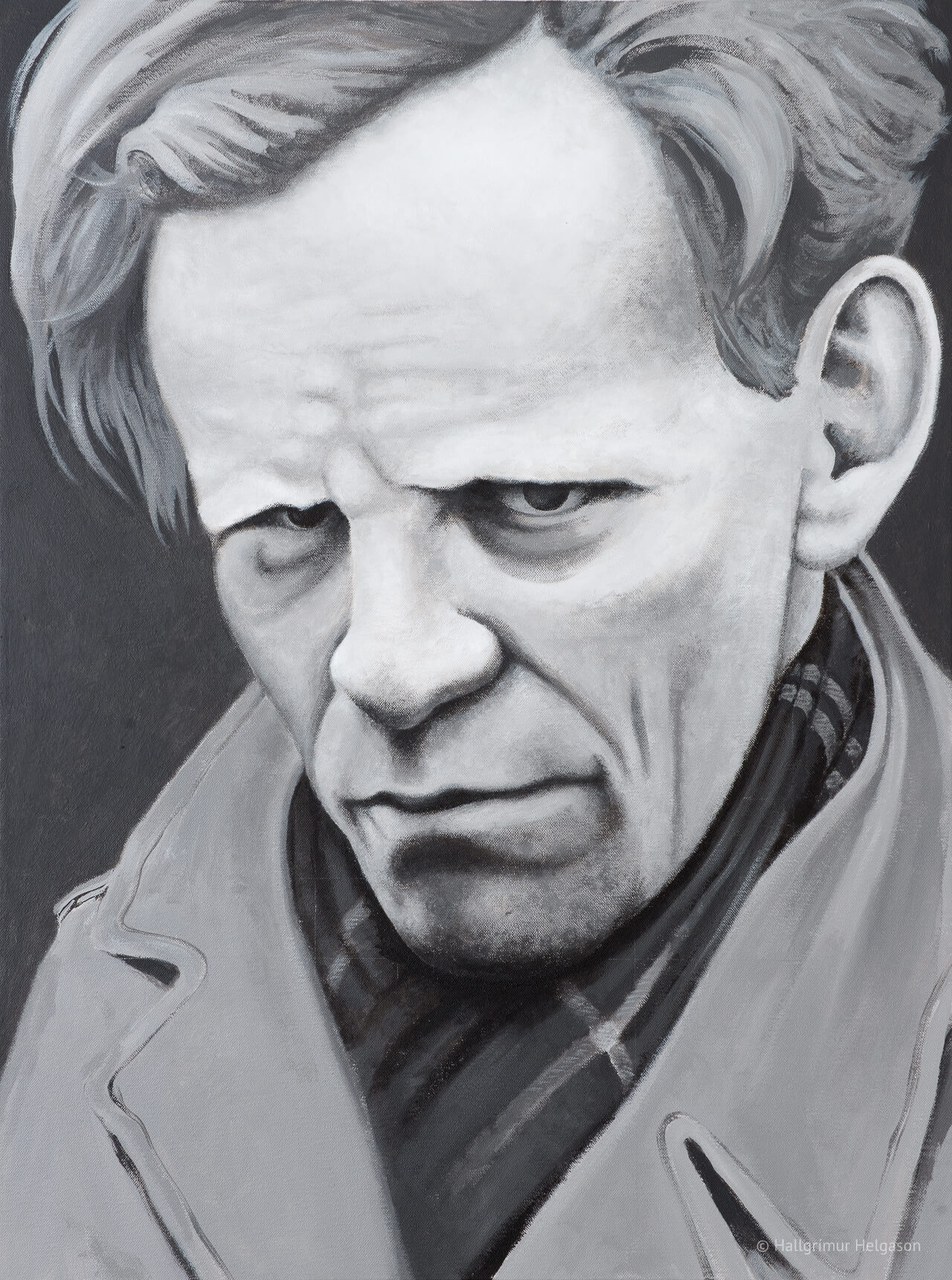 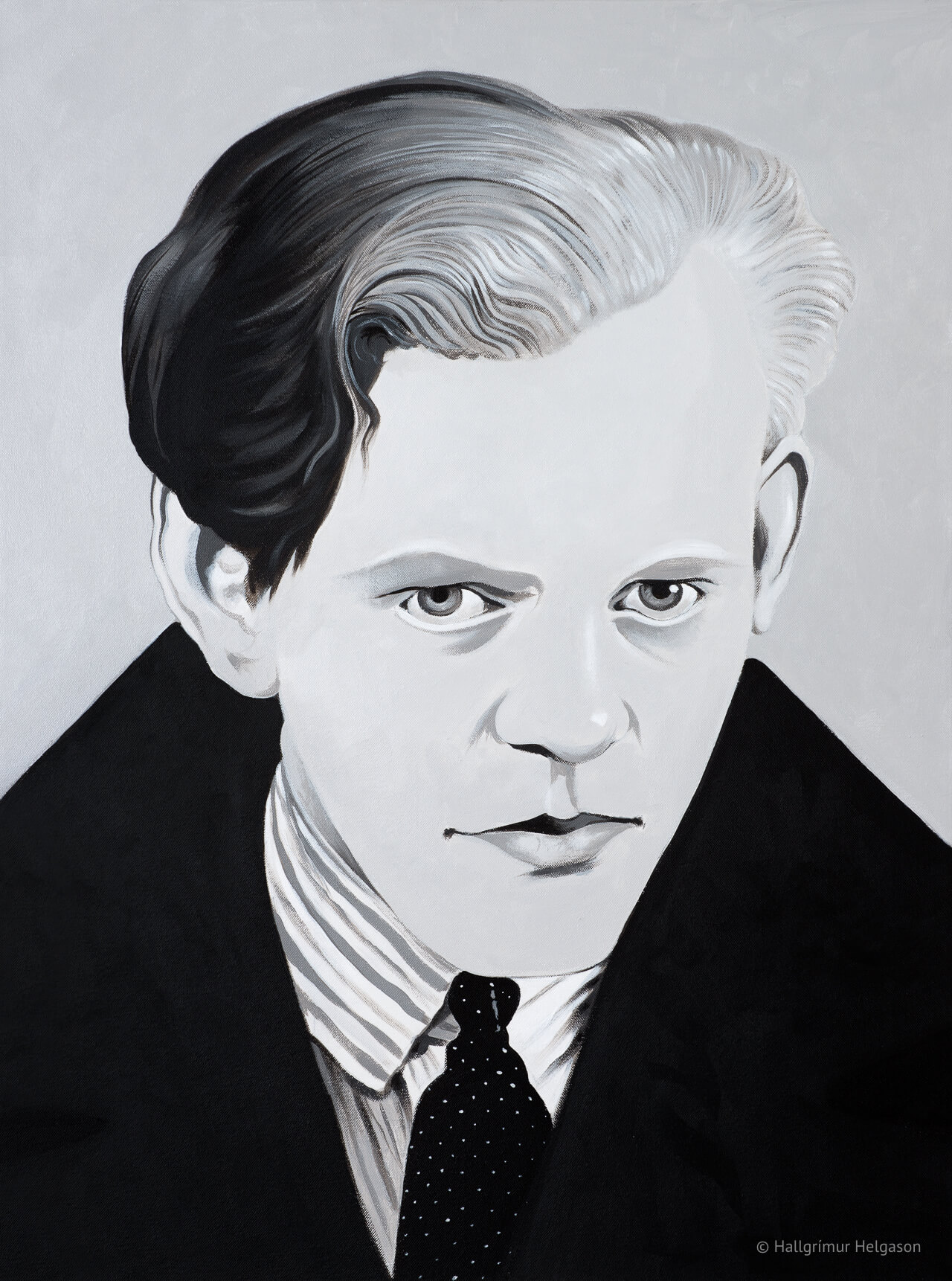 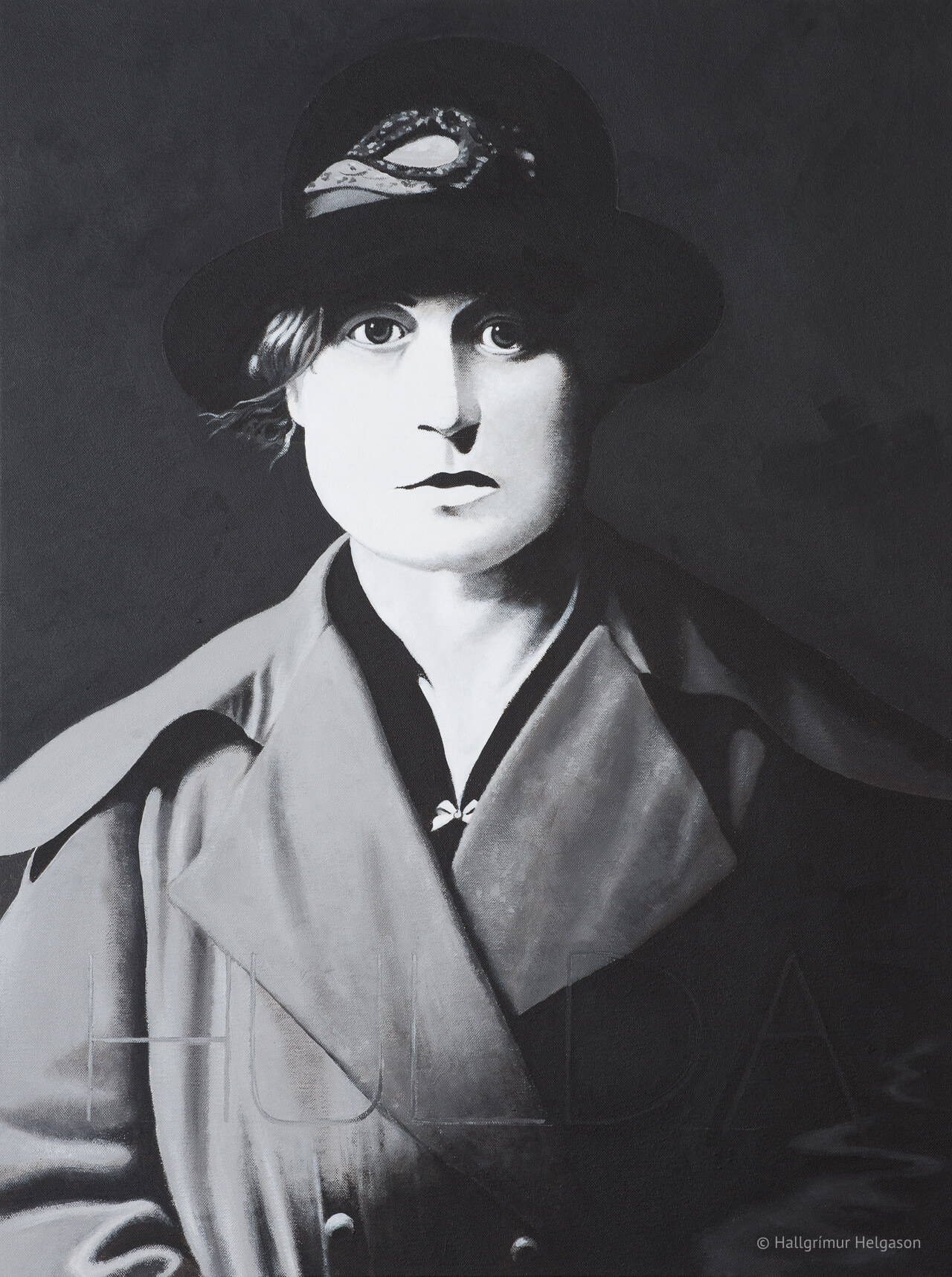 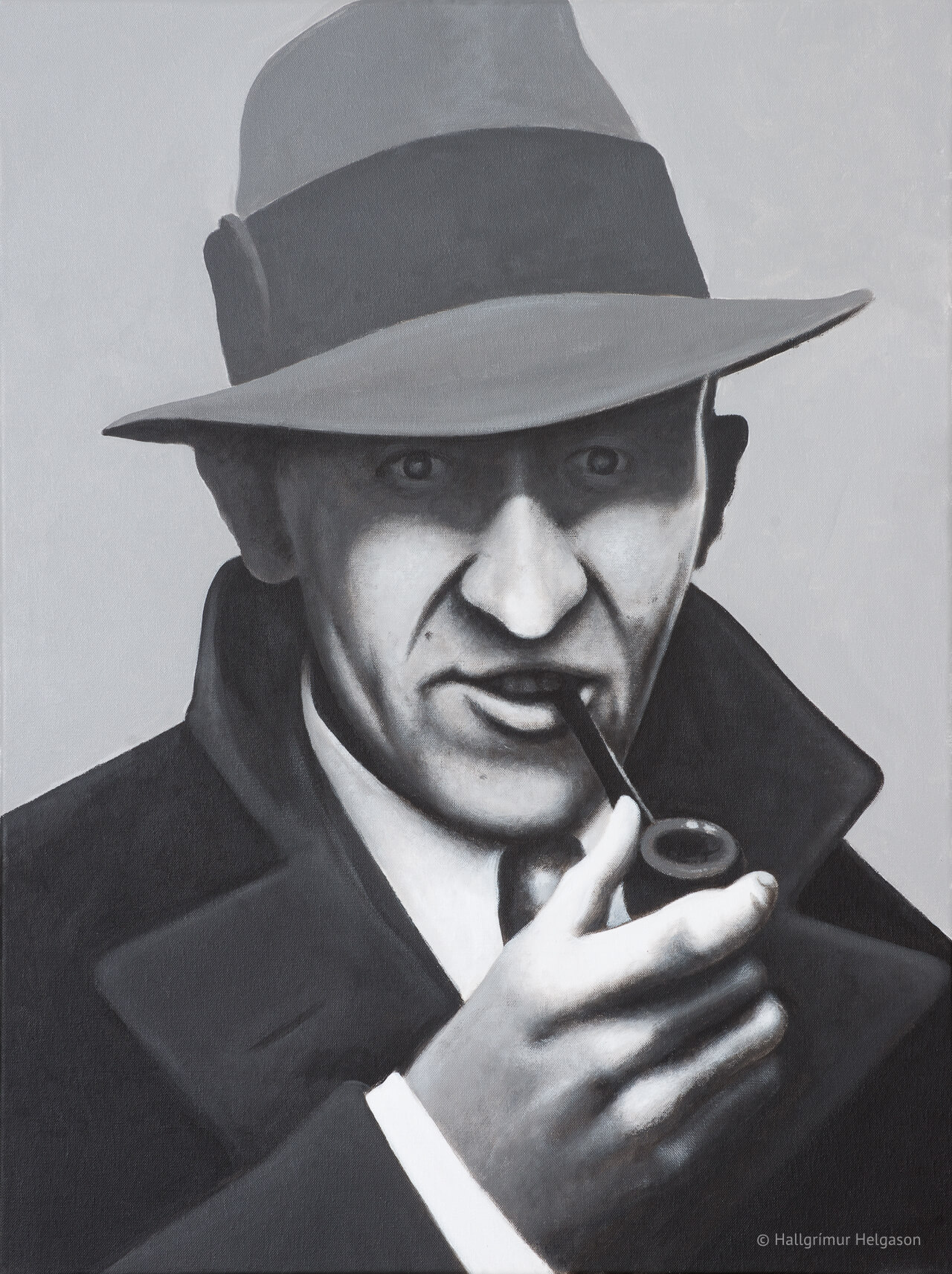 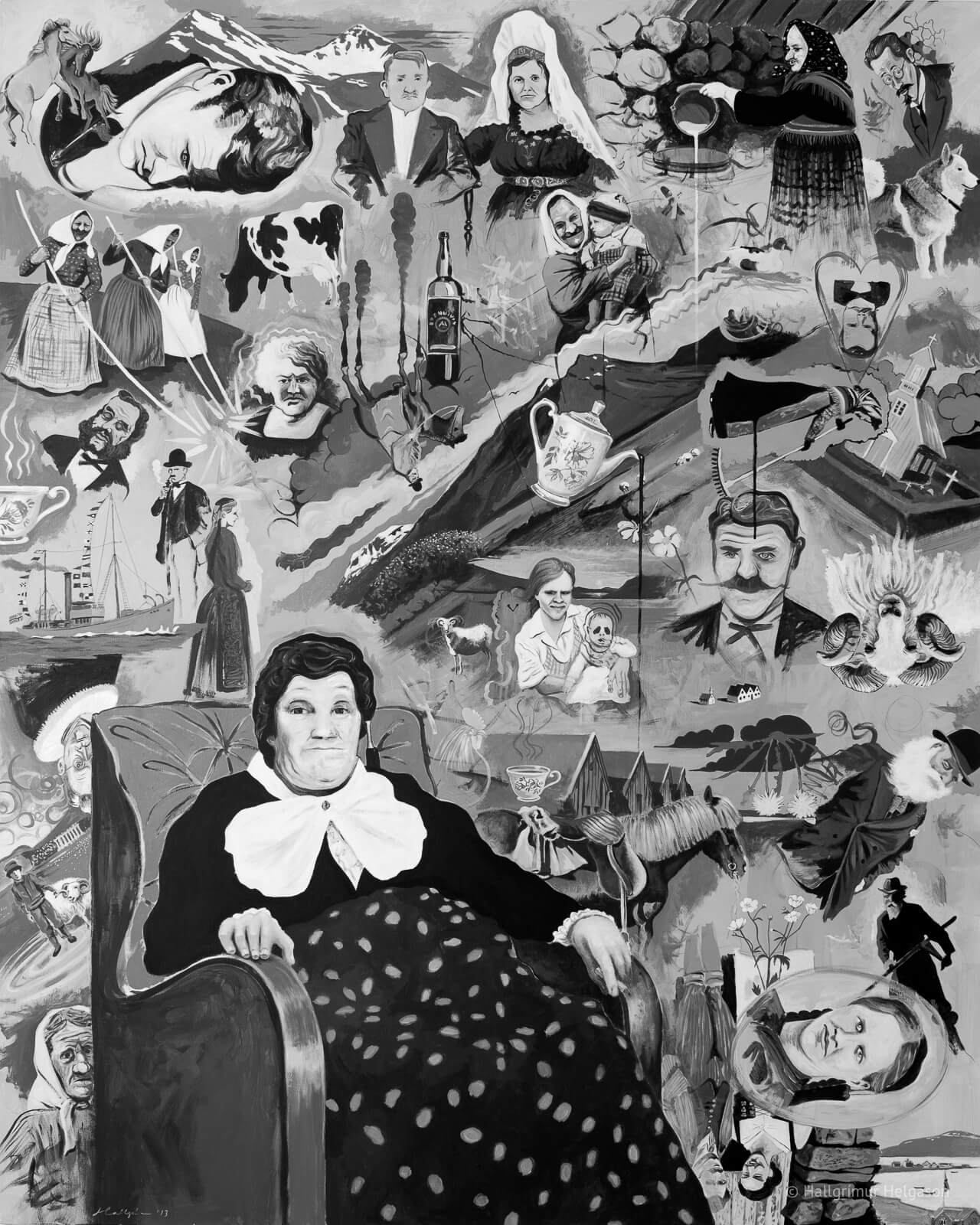 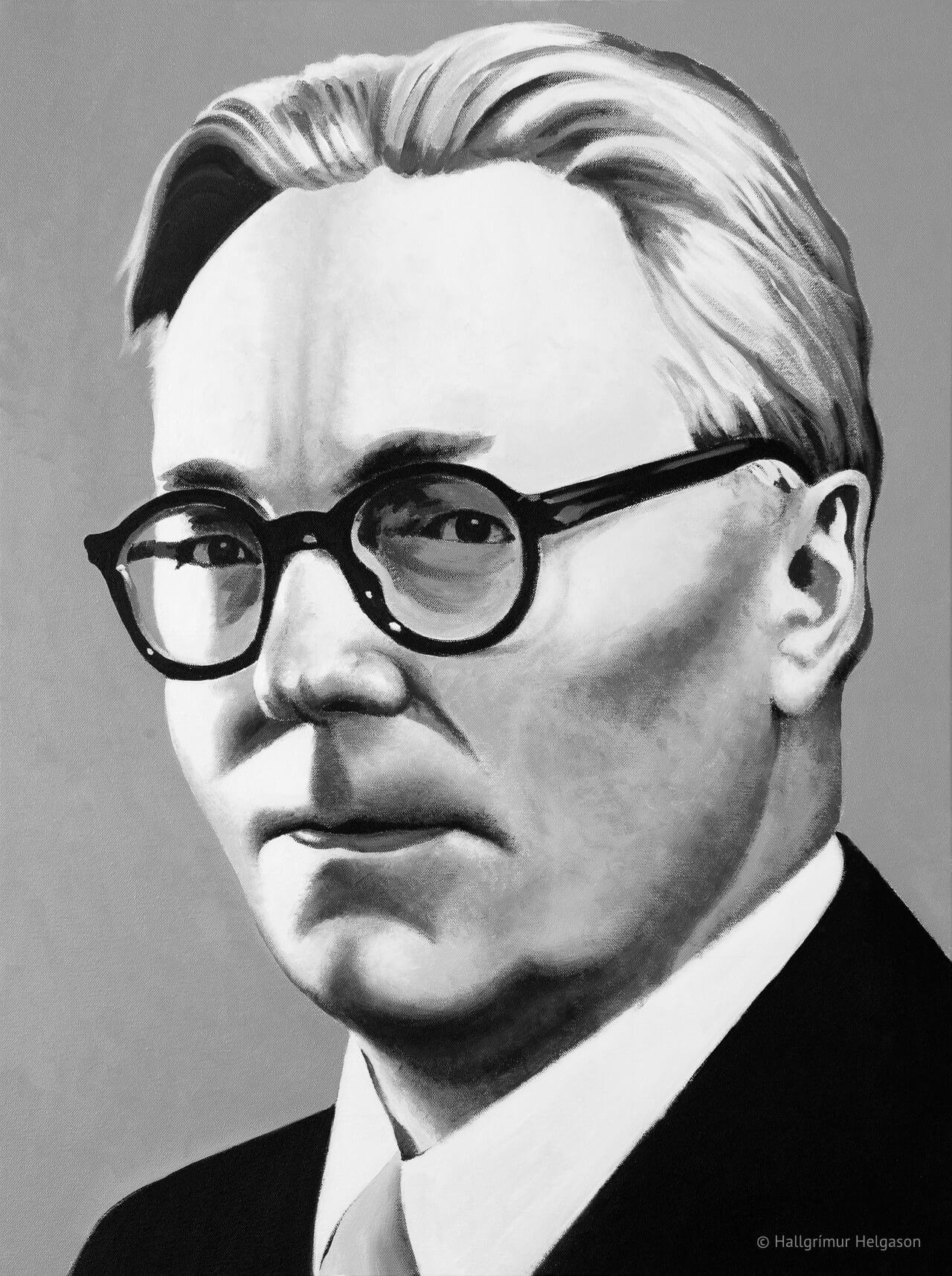 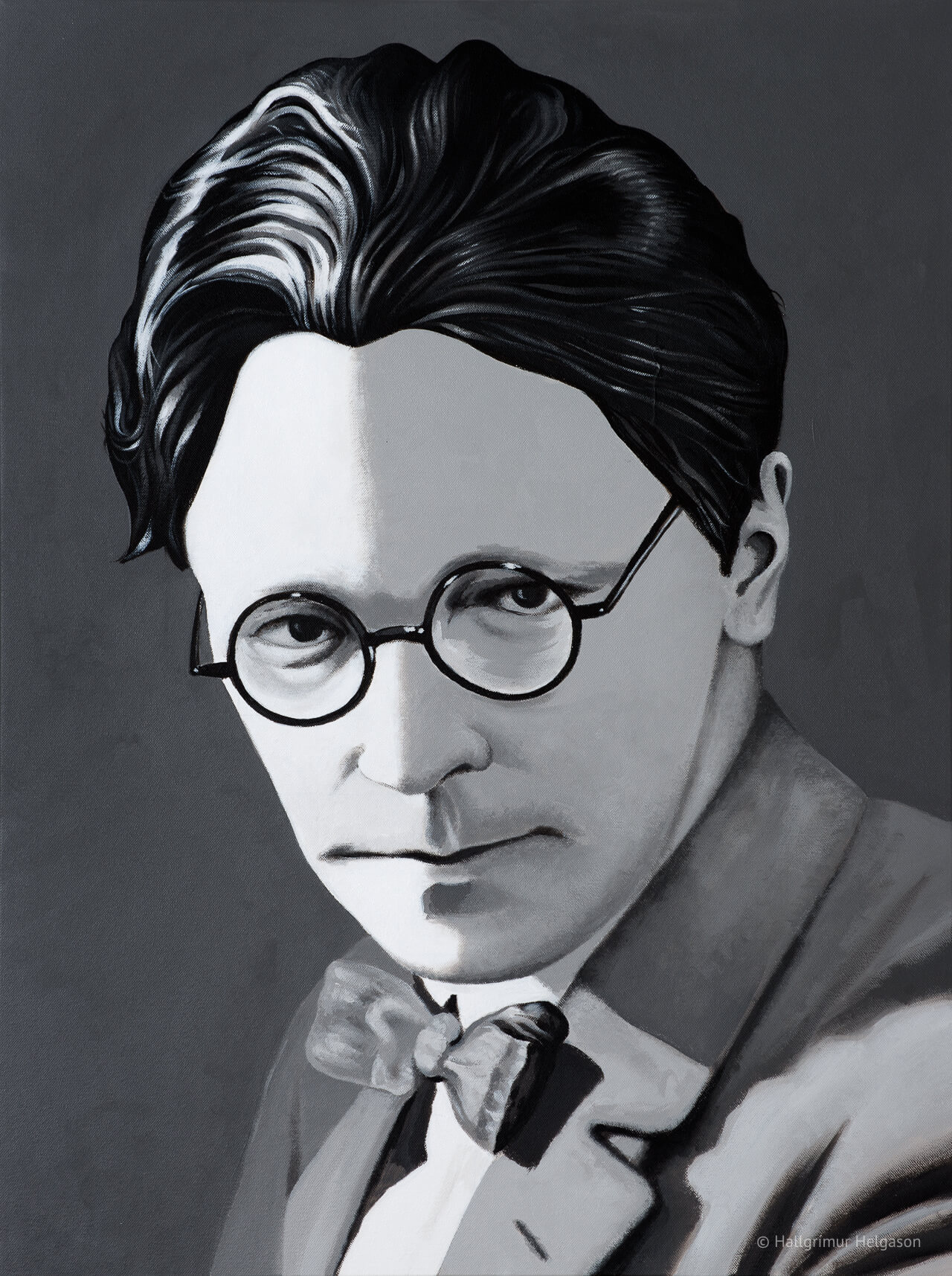 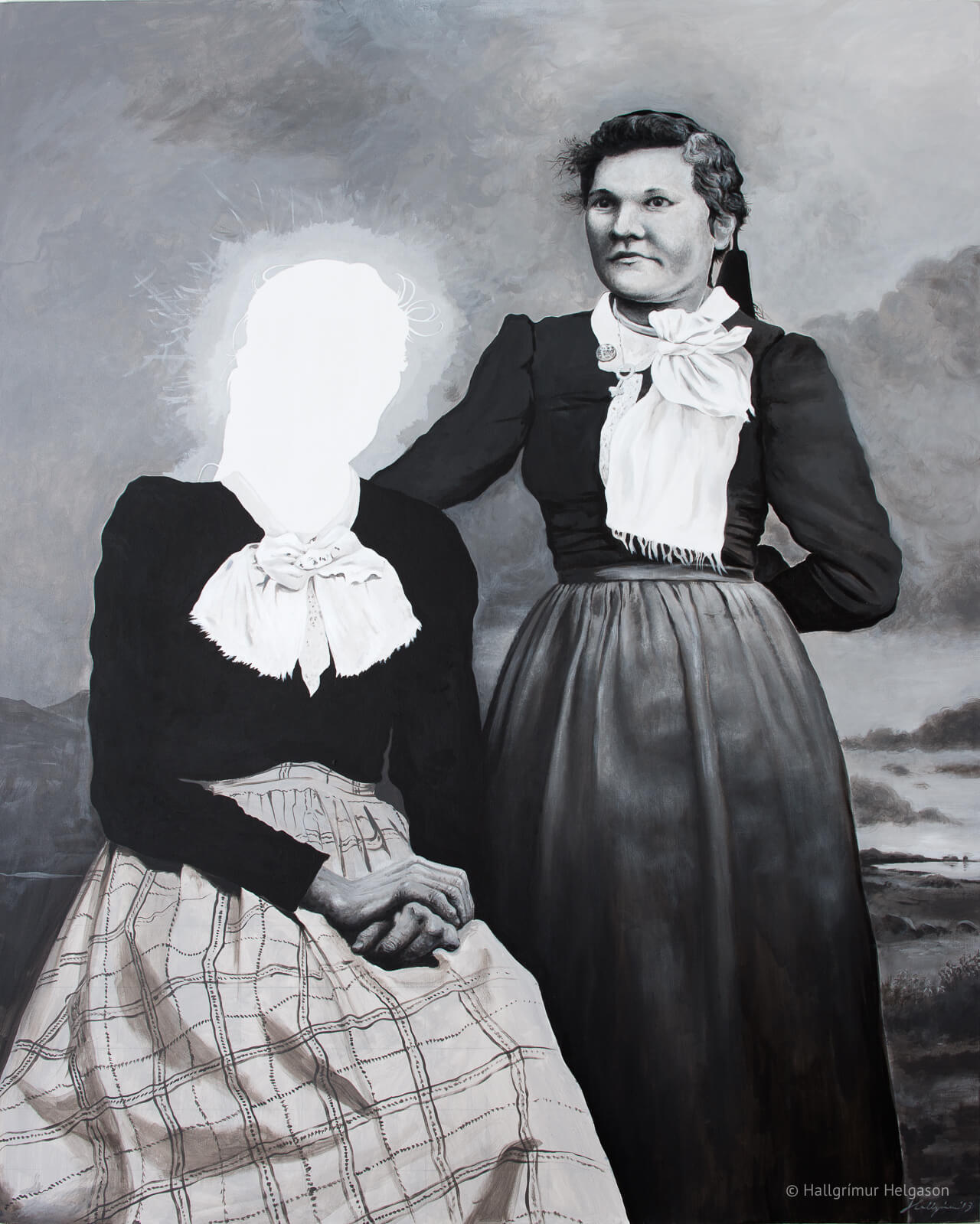