Paintings relating to Helgason’s alter ego, the cartoon character Grim, done for a big show at the Kópavogur Art Museum, Gerðarsafn, in 2003. Working from a classical Rembrandt portrait, Helgason paints Grim’s fictional Dutch foremother Henrietta von Grim, and then paints Grim himself with a black eye. The latter painting may be a result of a meeting the artist had the year before. After criticising prime minister Davíð Oddsson in a newspaper column Hallgrimur Helgason was summoned to the PM’s office in Reykjavik, where he was “reeducated” for over an hour by prime minister Oddsson himself. The painting, “The Grim Effect”, shows Davíð Oddsson with the Grim fangs and the Grim nose. 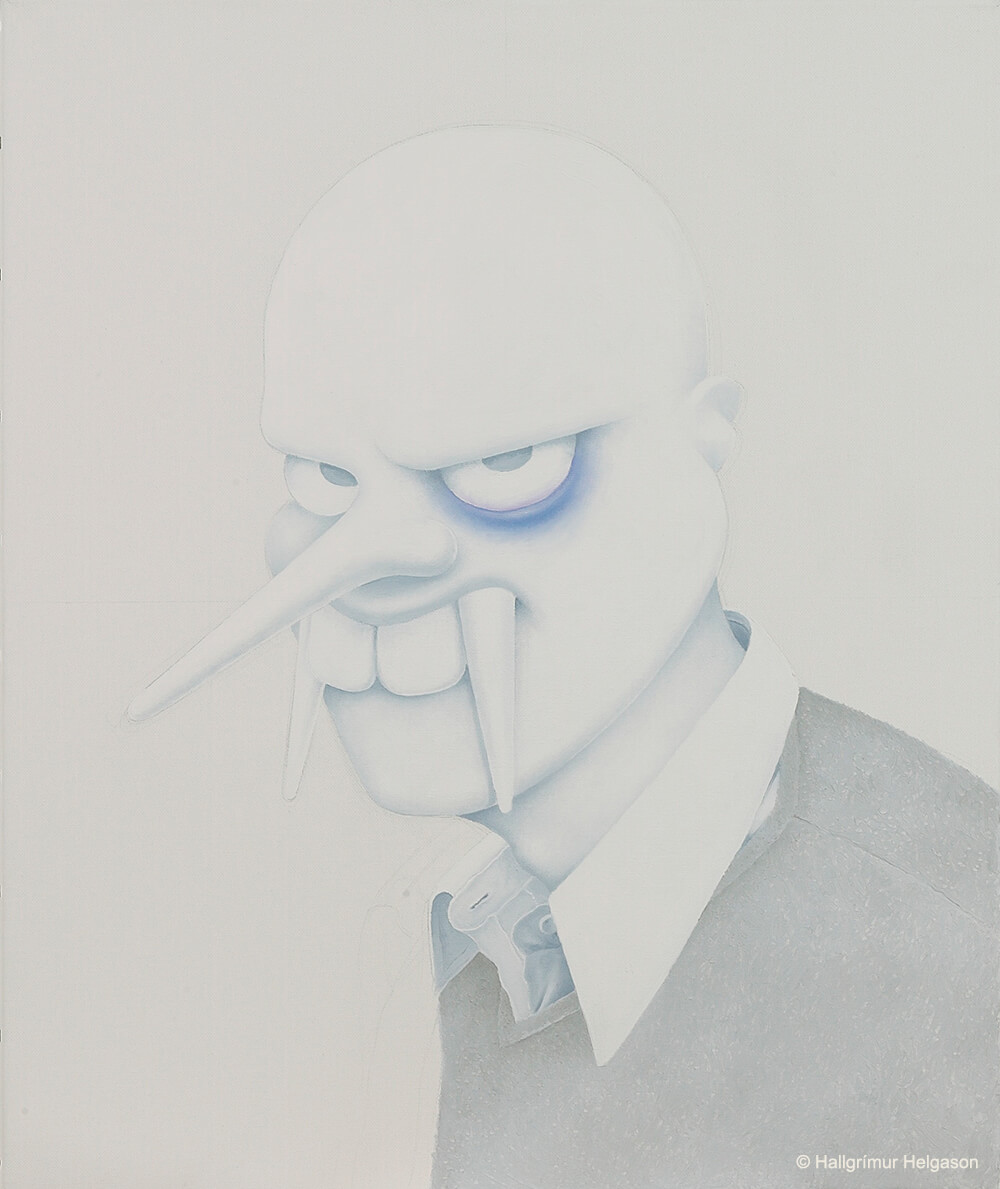 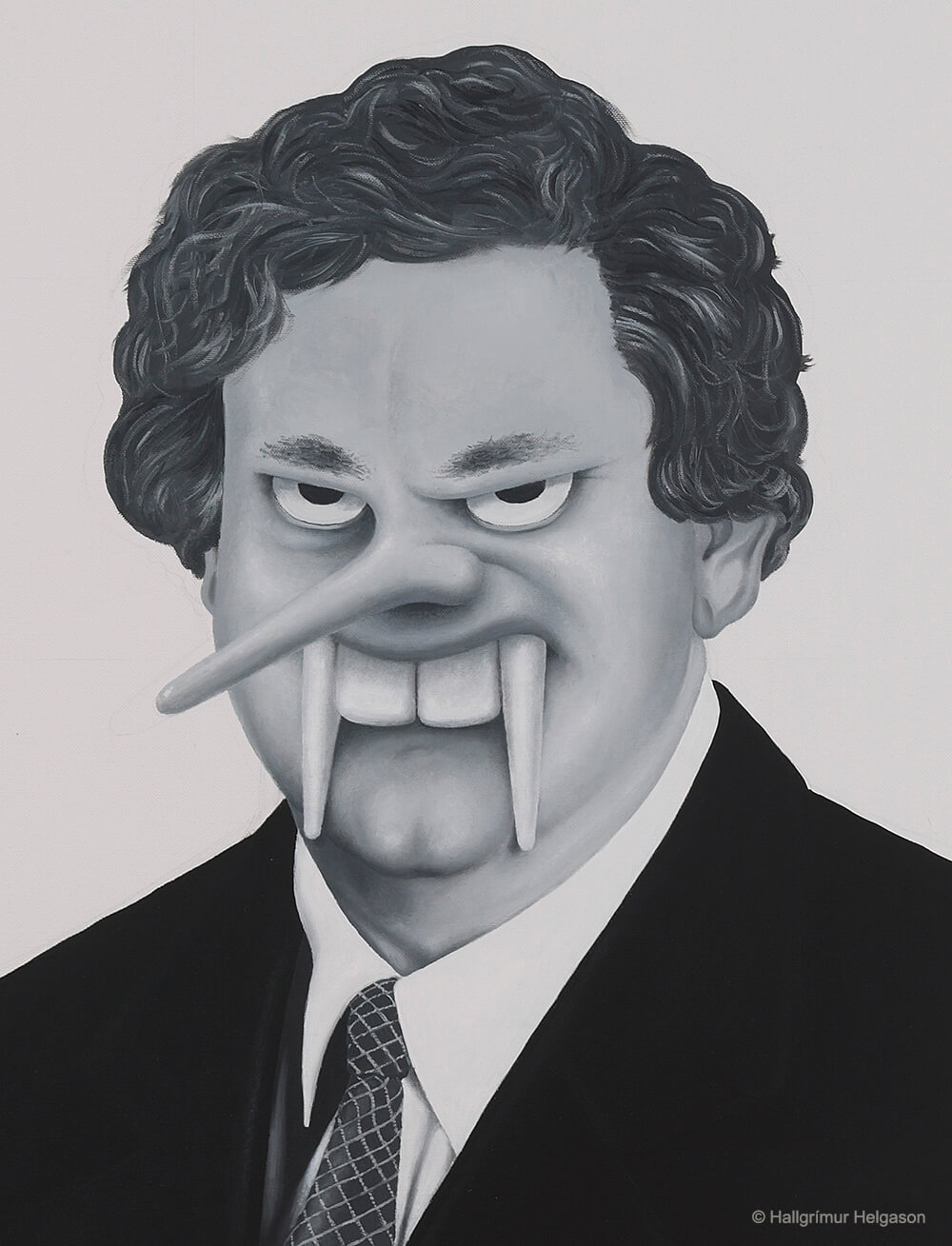 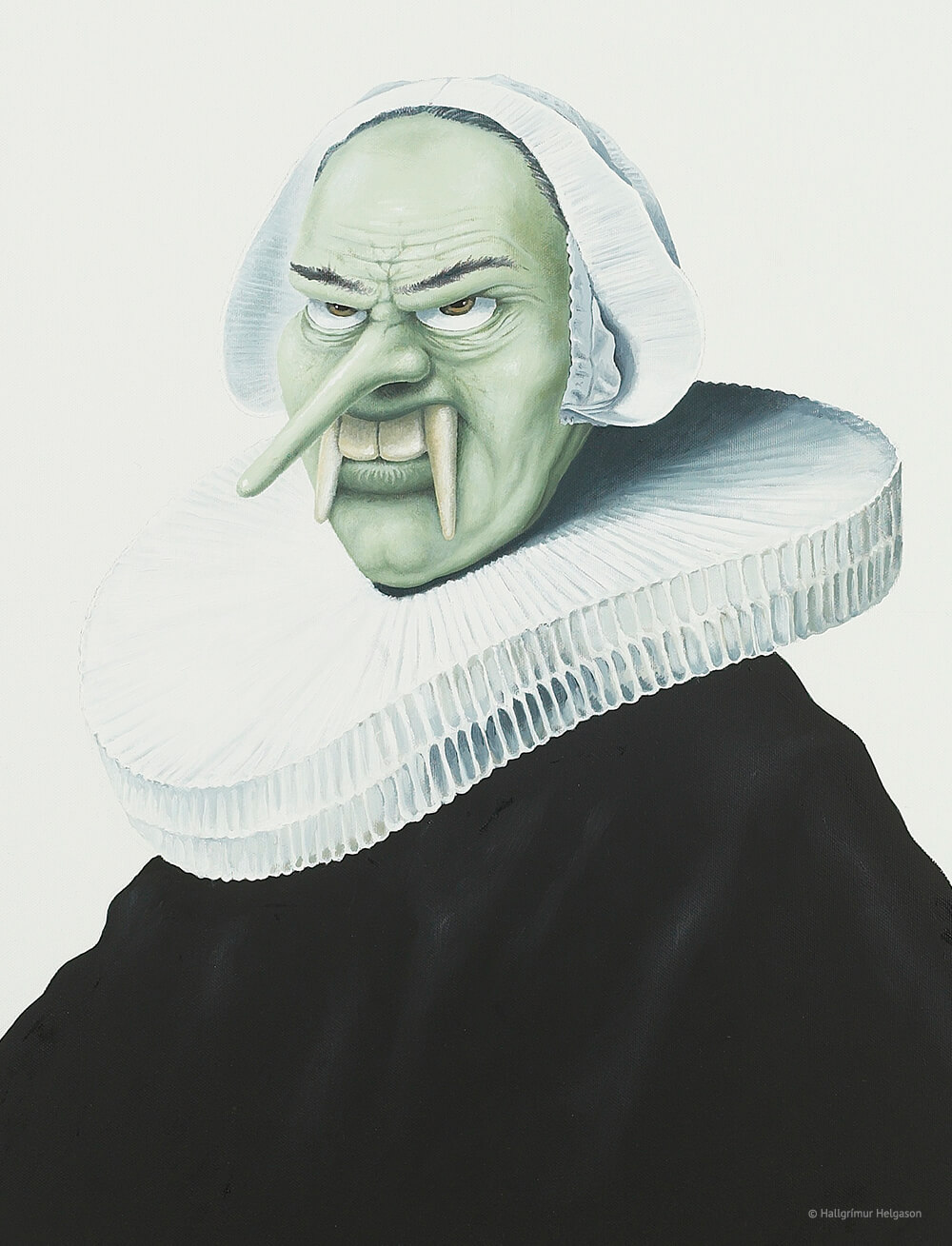